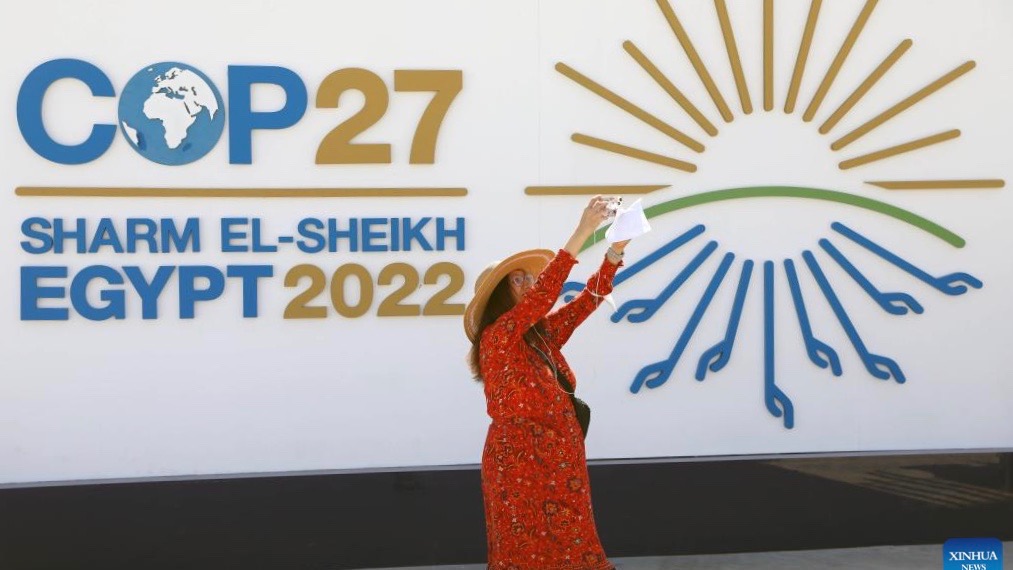 The latest round of the UN Climate Change Conference, COP 27, began at Sharm El-Sheikh in Egypt on Sunday, November 6. The two-week-long conference is largely based on the theme of ‘Climate Responses for Sustaining Peace’ and will likely see assertive demands put forward by developing countries, particularly countries in Africa and the Middle East, who have been the primary victims of climate change.

Host Egypt has already talked about compensations for countries hit by climate disasters such as drought, floods, wildfire, or the growing water crisis in recent days. The summit is also expected to discuss the role of climate change as a potential risk multiplier stimulating future conflicts.

The Middle East region is in several ways the worst affected region of the world. According to studies conducted by the World Bank, water scarcity alone is estimated to cause the countries in the region a GDP loss of 6% by 2050. Most of the countries in the region, such as countries in the Gulf, Jordan, Israel, Palestine, Iraq, and Syria, are already water scarce. According to studies, the region is home to 12 of the world’s 17 most water-scarce countries and climate change-induced fall in annual rainfall is expected to increase this further. On the other end, countries such as Turkey and Lebanon are facing repeated wildfires and flooding due to erratic rainfall.

Falling average rainfall is already causing recurring droughts in various countries in the region, such as in Yemen. According to a NASA study, Eastern Mediterranean witnessed the worst drought in more than 900 years in the last decade, which badly impacted food production in countries such as Lebanon and Syria and contributed to the economic and political turmoil that these countries are still experiencing.

The persistent rise in temperature in the region, which is already facing scarcity of arable land, could reduce food production drastically by 2050. Egypt, for example, has seen a fall of 22% in its annual rainfall in the past 30 years impacting food grain production in its Nile delta region.

This will further complicate food insecurity in the region given the increased demands and fluctuating global prices of food grains.

The rise in temperature in the Middle East is higher than the global average rise, resulting in extremely high temperatures in countries such as Iraq. According to a UN report, the mean temperature in Iraq is expected to rise by 2°C by 2050, almost double the world average temperature rise, while rainfall is projected to fall by 9% in the same period

A fall in rainfall and rise in temperature will hasten desertification in the country, and is already causing an increase in sandstorms. In recent years, the number of days in a year with sandstorms in Iraq has gone up from an average of 24 days to over 100, as per the study cited above.

Fall in the available arable land and reduction in agricultural production in the region is already forcing more and more people to seek jobs and livelihoods elsewhere. According to the International Organization of Migration (IOM), due to water scarcity and bad quality of water, over 20,000 people in Iraq were forced to migrate in 2021 alone.

This increased migration to the cities has put further pressure on the job market in a region already unable to deal with existing demands. Demonstrations have taken place in countries such as Iraq, Lebanon, Tunisia, Iran, and others, over the issue of unemployment and price rise. Climate change-induced destruction of agriculture may also increase political unrest in the region.

Climate change is expected to give way to new forms of conflict in the region and exacerbate existing ones. For example, there is already a conflict brewing between Turkey and the lower riparian states of Iraq and Syria over the waters of Tigris and Euphrates.

The world needs to spend nearly USD 5 trillion every year if it wants to achieve a net zero carbon economy by 2050 in accordance with the ambitious goals set by the UN. None from the developing world is in a position to share the financial burden as they are already grappling with basic economic concerns of poverty, hunger, unemployment, and low living standards, among others.

The developing countries have raised the need for climate financing from rich countries in the West as per their pledges in the past to save the planet from the effects of the climate crisis that is mostly created by the development practices historically adopted by these countries.

During the Paris climate conference, the developed world had promised to spend USD 100 billion every year to combat the climate crisis, which was not enough. However, first world countries failed to fulfill even that promise. In 2020, the cumulative global climate spending was just USD 29 billion.

The US and the EU – the world’s largest polluters for decades and most responsible for the current state of climate in the world – have so far refused to entertain the idea of compensation for the economic losses caused by climate catastrophes. Such a stand is expected to cause further disagreements in the future and also delay the climate action needed now.