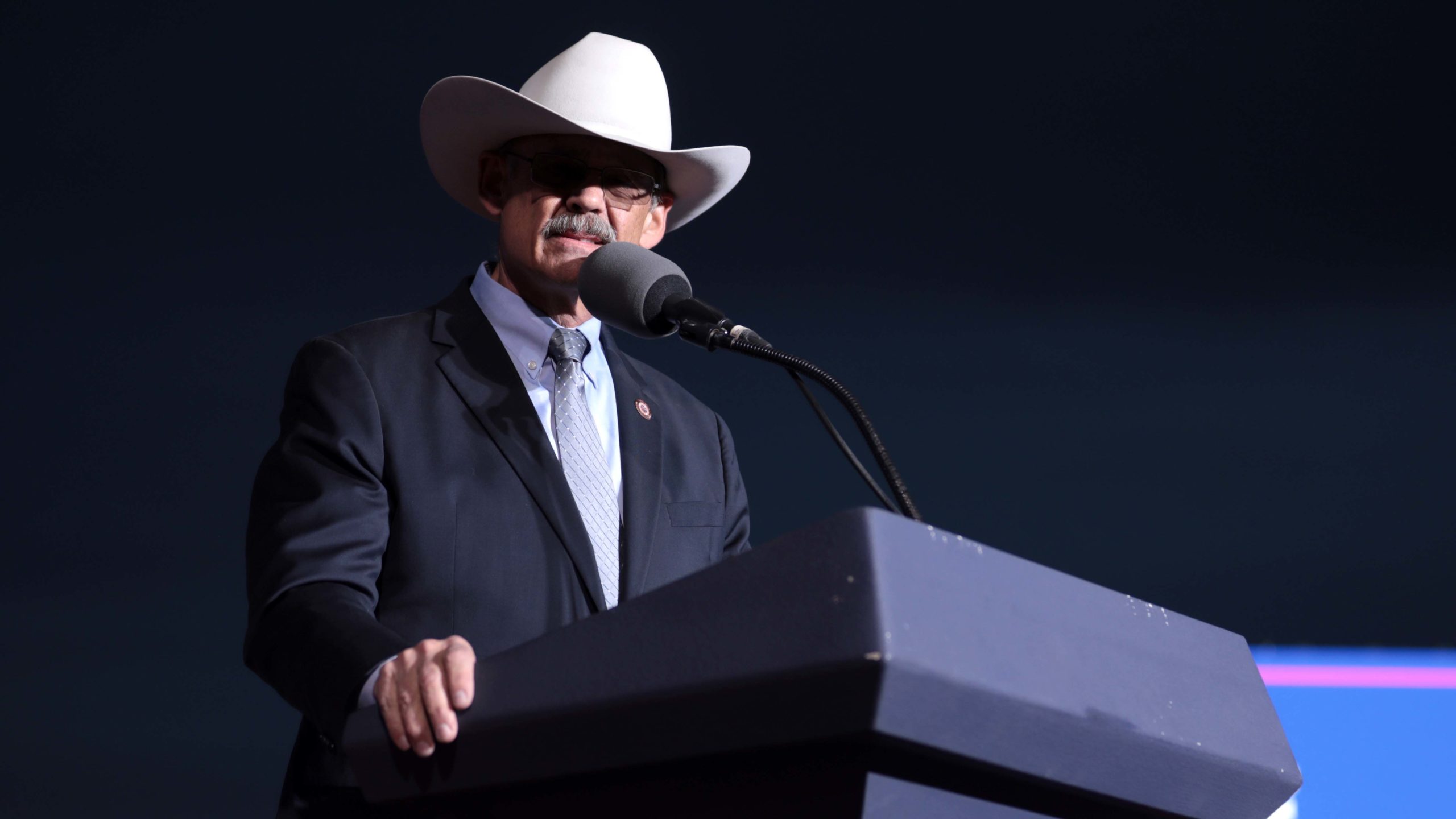 Arizona secretary of state candidate Mark Finchem was himself part of the crowd at the US Capitol during the January 6 attacks. (Photo: Gage Skidmore)

In the upcoming November 8 midterms, at least 14 candidates running for the office of secretary of state, which oversees elections in each state, have openly denied the validity of Joe Biden’s victory in the 2020 presidential elections.

Former President Donald Trump lost the 2020 US presidential elections to Joe Biden, a fact to which, to this day, he has never admitted publicly. Trump’s promotion of the “big lie,” or the idea that the 2020 elections were “stolen” from Trump by the Biden-supporting government machine, resulted in the January 6 attacks on the US Capitol. On January 6, 2021, while Biden’s victory was being finalized in the US Congress, hundreds of Trump’s supporters were encouraged by the man himself to storm the US Capitol, resulting in the deaths of at least seven people.

Even after January 6, Trump did not step back from his election denial, which had so effectively fomented his base of support and cemented their loyalty. As a result, 70% of those in the Republican Party believe that Joe Biden stole the 2020 elections. In the upcoming November 8 midterms, many of the most prominent Republican candidates for office perpetuate Trump’s big lie. Amongst these election deniers are at least 14 are running for the highest office which oversees state and nationwide elections within each state: the secretary of state. Election deniers are running for secretary of state in Alabama, Arizona, Connecticut, Indiana, Massachusetts, Michigan, Minnesota, Nevada, New Mexico, North Dakota, Ohio, Vermont, Wyoming, and South Dakota. Many of these are swing states, or states that are neither solidly Republican or Democrat and therefore are key during presidential elections. If any of these candidates win, and a pro-Trump election denier becomes responsible for overseeing elections, the 2024 presidential elections could result in a national crisis.

Although there are at least 14 election deniers running for the office of secretary of state, a few candidates have become particularly notable.

Arizona secretary of state candidate Mark Finchem was himself part of the crowd at the US Capitol during the January 6 attacks. Finchem had previously claimed that he never got within 500 yards of the Capitol, but footage discovered in 2021 showed him directly in front of the building. On the day of the attack itself Finchem tweeted, “What happens when the People feel they have been ignored, and Congress refuses to acknowledge rampant fraud. #stopthesteal.” On November 2, Finchem urged his supporters to “watch” ballot drop boxes for potential fraud, a tactic which many have claimed is a form of voter intimidation.

Kristina Karamo, running for secretary of state in Michigan, claimed in December 2020 that “Donald Trump won Michigan”. In reality, Biden won by over 154,000 votes. She has claimed to have witnessed voter fraud first hand as a Republican poll challenger, or an elections watchdog appointed by political parties to challenge an individual’s voting eligibility. A subsequent Republican-led state Senate investigation found “no evidence of widespread or systematic fraud.”

Jim Marchant running in Nevada has been in headlines for his strong condemnations of the Nevada elections process, claiming that “for decades” Nevadans “haven’t elected anybody.” Marchant has said that if he was the secretary of state in 2020, Biden’s victory would not have been certified in the state. He has so strongly and so effectively denounced Nevada’s elections system that he even questioned his own victory in the Republican primary for secretary of state, claiming that he was “not really confident in the result” as there “could have been anomalies—malicious or accidental—based on what I’ve heard.”

In addition to denying the validity of the 2020 elections, many of these right-wing secretary of state candidates are pushing for more restrictions on an individual’s right to vote. Diego Morales, the Republican candidate for secretary of state in Indiana, who called the 2020 elections a “scam that was perpetrated upon the citizens of Indiana,” is one such candidate. Morales advocates for halving the state’s 28-day early voting period, requiring voters to prove US citizenship and establishing an “elections task force.” Recent investigations indicate that Morales himself may have voted illegally in 2018.

Even before losing the election, Trump promoted a nationwide strategy to disenfranchise the people of the US en masse, as he was projected to lose the popular vote. Many hypothesize as to why a central Republican Party elections strategy seems to prioritize voter suppression above winning the hearts and minds of voters. Some say this has to do with Republicans losing popular support as the demographics of the US change.