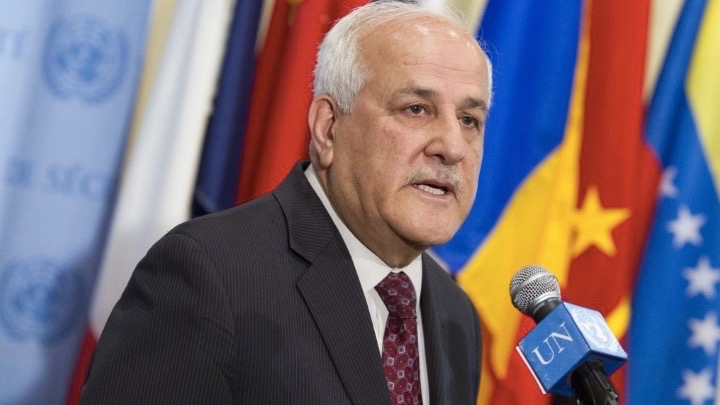 The United Nations General Assembly (UNGA) adopted a resolution on Saturday, December 31, asking the International Court of Justice (ICJ) to provide an opinion on “Israel’s prolonged occupation, settlement, and annexation of Palestinian territory.”

The resolution was adopted after 87 countries voted in its favor, with 26 countries opposed and 53 abstaining. All the Arab countries, including those that have “normalized relations” with Israel, voted in favor of the resolution, along with China and Russia.

The resolution was opposed by Israel, the US, and European allies including the UK and Germany. France, India, and Brazil were among the 53 countries that abstained.

In a historic plenary vote, the UN General Assembly voted in favour of submitting a question for an Advisory Opinion on the Question of #Palestine to the International Court of Justice. @alhaq_org extends its deepest appreciation to the 87 Member Stateshttps://t.co/D8jHECGzE2

The resolution asks the ICJ to give its advisory opinion on the “legal consequences arising from ongoing violation by Israel of the right of Palestinian people to self determination,” its continued “occupation, settlement, and annexation including measures aimed at altering the demographic composition, character and the status of the holy city of Jerusalem, and from its adoption of related discriminatory legislation measures.”

The resolution asks the UN Secretary General to present his report on its implementation during the next UNGA session in September 2023.

The ICJ, based in the Hague, is the UN body that settles disputes between states on questions of international law. Although its verdicts are binding, it has no power to punish those who choose not to implement them.

In 2005, the ICJ had opined on the status of the apartheid wall in occupied Palestine, built by Israel to segregate Palestinians from Israeli settlers, calling it illegal and asking for its demolition. Israel, however, rejected this judgment.

The resolution on Saturday urged Israel to implement the ICJ’s 2005 verdict as well.

Palestinian Permanent Representative to the UN Riyad Mansour thanked the countries that voted in favor of the resolution despite “threats and pressures.” He noted that the vote came just days after an ultra-rightwing government headed by Benjamin Netanyahu took power in Israel. In a statement on Sunday, January 1, Netanyahu described the UN vote as “despicable,” and claimed that his country is not bound by it.

Welcoming the vote, Nabil Abu Rudeinah, spokesperson of Palestinian Authority President Mahmoud Abbas, said that “we believe that justice based on decisions with international legitimacy and the absence of impunity is the only way to achieve permanent and lasting peace in Palestine, Israel, and the entire region.”

Israel has rejected the resolution by claiming that “any decision from a judicial body which receives its mandate from the morally bankrupt and politicized UN is completely illegitimate,” Times of Israel reported.