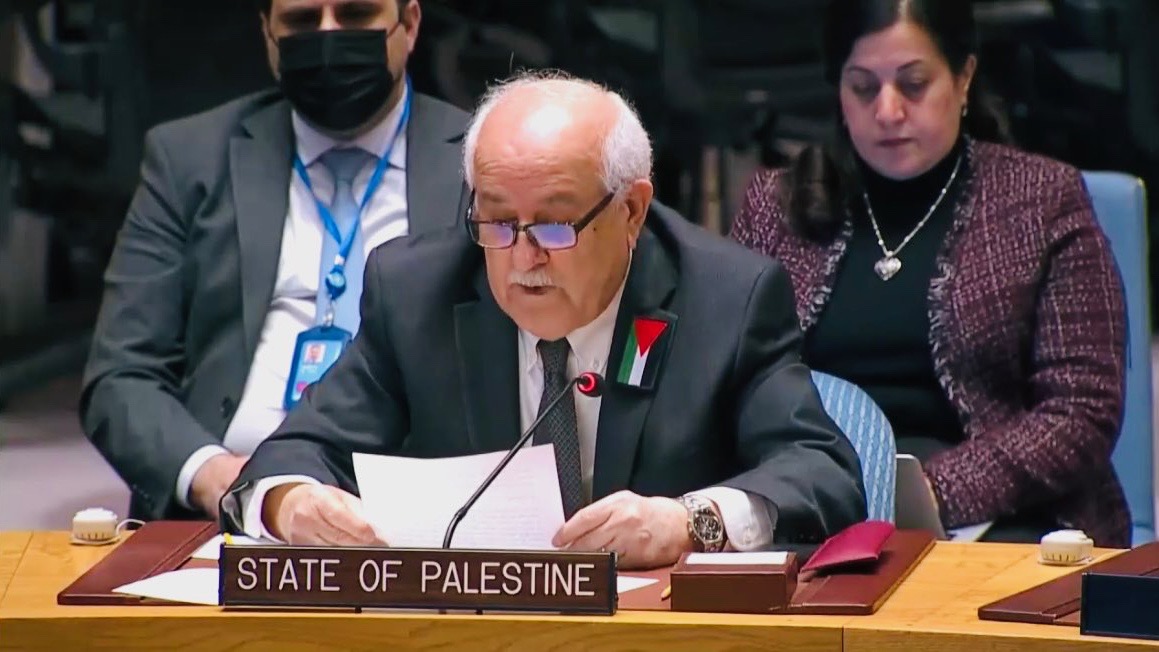 More than 100 UN member states have signed a joint statement condemning Israel’s punitive measures against Palestine following the adoption of a resolution at the UN General Assembly last month. The resolution asked the International Court of Justice (ICJ) for a legal opinion on the status of Israeli policies in the occupied Palestinian territories.

The number of signatories to the statement surpasses the total number of ‘yes’ votes in the UNGA. On December 30, 87 countries had voted in favor of the resolution and 26 had voted against, with 53 abstentions. Germany, Italy, France, and Japan are among the signatories of the statement condemning the Israeli move. These countries had either voted against the resolution or had abstained during the vote in the UNGA.

Though Israel had rejected the vote, calling it “illegitimate” and “absurd,” the new ultra-right government led by Benjamin Netanyahu announced a series of punitive measures against the Palestinians within hours of its passing.

Among them was the diversion of USD 39 million from the taxes collected from the occupied territories for Israel’s so-called “victims of terrorism” fund.

It also revoked the travel permits provided to Palestinian Foreign Minister Riyad Maliki and some other Fatah officials, which had allowed them free travel without having to seek permission each time from the Israeli authorities.

On Wednesday, Israel claimed that the resolution adopted in the UNGA was “poisonous and destructive.” Israel’s UN ambassador Gilad Erden called the resolution “a knife in the heart of any chances of dialogue or reconciliation.”

Palestinian ambassador Riyad Mansour questioned Israel’s condemnation of the resolution, claiming that it seemed as though “Israeli representatives live in a parallel dimension where the entire world is wrong and they are right.”

He rejected Israeli claims, saying that “we face an absurd situation where impunity is enjoyed by those who violate the law and collective punishment is endured by those entitled to its protection.”

Palestinians have criticized Israel’s repeated practice of withholding or deducting from Palestinian funds, particularly at a time when the occupied territories are facing an unprecedented economic crisis, and have called this move “piracy.”

According to the United Nations Conference on Trade and Development (UNCTAD), Israel, as an occupying power, controls close to two-thirds of all Palestinian revenue generated through taxation, customs fees, and other sources. As per the agreements reached during the Oslo accords in the 1990s and afterwards, Israel is supposed to transfer the revenue it collects from Palestine to the PA so that the latter is able to fulfill its administrative and political responsibilities.

However, as the UNCTAD report claims, Israel has a habit of making “unilateral deductions,” which makes the finances of the PA vulnerable and its capacity to deliver basic services in the occupied territories unstable.

When, earlier this month, Israel announced that it would be withholding the USD 39 million from the PA fund, it attempted to justify this by saying that the money would have been used by the PA to “incentivize terrorism.” Instead, Netanyahu’s government claims that it will divert the money to “victims of Palestinian terrorism,” mostly Israeli forces and settlers killed or wounded during their aggression against Palestinians.

The PA has been using a part of its revenues to help the victims of Israeli aggression in the occupied territories. Every year, hundreds of Palestinians are killed or maimed by the occupation forces. For Israel, this support is apparently akin to “incentivizing terrorism.”

The PA is already struggling with a severe economic crisis, as noted in the UNCTAD report and other studies. This diversion of revenue would make it impossible for the Palestinians to establish any kind of autonomous economic existence, or to pursue the policies necessary to tackle the growing poverty and unemployment in the occupied territories.

The confiscation of the USD 39 million by Israel, along with several other restrictions, is more than just a show of the occupation’s economic control over the PA. It is a form of punishment not limited to those directly harmed by violence, but Palestinians as a whole, as it impacts their capability to fund even basic social services such as healthcare and education.