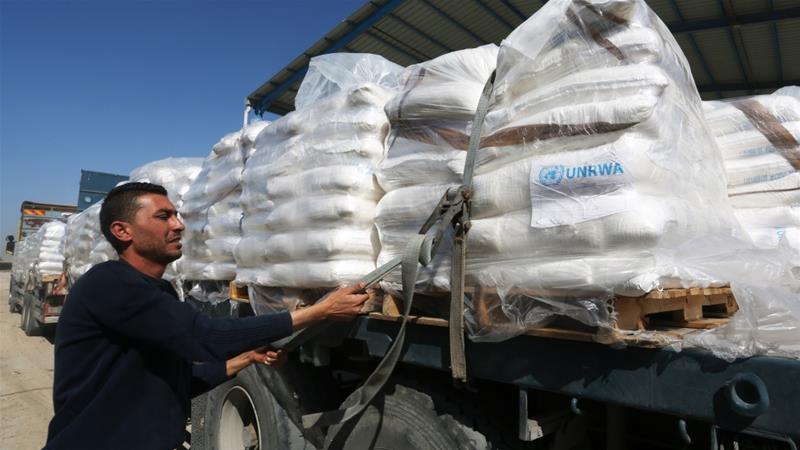 In its statement, the UNRWA said, “At a time when Muslims around the world are observing the holy month of Ramadan, often characterized by the festive nature of its iftars, in Gaza, more than half the population depends on food aid from the international community.”

The statement further said that if the money is not raised, the UNRWA’s “ability to continue providing food to more than one million Palestine refugees in Gaza, including some 620,000 abject poor – those who cannot cover their basic food needs and who have to survive on USD 1.6 per day – and nearly 390,000 absolute poor – those who survive on about USD 3.5 per day – will be severely challenged.”

The UNRWA in Palestine is seriously underfunded following massive fund cuts by the United States, resulting in its funds being depleted by around USD 440 million, which is a quarter of the agency’s annual budget. In February, the US Agency for International Development (USAID) also announced that it would stop all of its assistance to the West Bank and Gaza. The UNRWA needs USD 1.2 billion annually to run its schools, medical and food programs, and to provide financial support to more than 5 million Palestinian refugees in Gaza, West Bank, Syria, Lebanon and Jordan.

Gaza, which home to more than 2 million Palestinians, will be the hardest hit due to the shortage. It is already suffering a brutal 12-year-long air, sea and land blockade by Israel and Egypt. In 2000, less than 80,000 Palestinian refugees in Gaza received social assistance from the UNRWA, but now the number of Palestinians dependent on emergency food assistance from the agency has crossed more than one million. A 2017 UN report claimed that Gaza is under serious risk of becoming ‘unlivable’ by 2020 if the situation does not drastically improve.

Matthias Schmale, director of UNRWA Operations in Gaza, said, “This is a near ten-fold increase caused by the blockade that led to the closure of Gaza and its disastrous impact on the local economy, the successive conflicts that razed entire neighborhoods and public infrastructure to the ground, and the ongoing internal Palestinian political crisis that started in 2007 with the arrival of Hamas to power in Gaza.”

The UNRWA would likely have to cut 18,000 more jobs, mainly of teachers, in Gaza and the West Bank if the cash shortage persists, according to Elizabeth Campbell, director of UNRWA’s Washington office. Last year, the UNRWA cut 250 jobs, leading to strong protests. UN’s world food program has already cut aid for 193,000 people in the West Bank and Gaza this year due to the fund shortage.

Gaza’s dangerously high unemployment rate has also led to a decline in purchasing power, resulting in the people not having enough cash in hand to buy food items and other essential supplies. The Palestinian authority has also refused to take tax remittances from Israel after it deducted 5% of the taxes that it collected on behalf of the Palestinians, allegedly to give it to the families of Palestinian detainees in Israel.

Adding to the humanitarian crisis is the rise in violence in Gaza, along with regular, intensive  military assaults or air strikes by Israel. More than 29,000 Palestinians have been injured by Israeli gunfire during protests at the Israel-Gaza border, better known as the Great March of Return protests. 7,000 people have suffered gunshot wounds, mostly to their lower limbs. Without an immediate supply of funds, 1,700 of them could lose their limbs in the next two years. 195 Palestinians have lost their lives during these year-long border protests, 14 of them students at UNRWA run institutions.

The UNRWA is planning to host a donor’s conference next month, and another one in September, to try and raise funds to account for the shortfall. Last year, several countries had contributed some extra funds after the US stopped its funding. So far, only 14% of the requested USD 350 million by the UN for its overall humanitarian response in Gaza and the West Bank has been met.