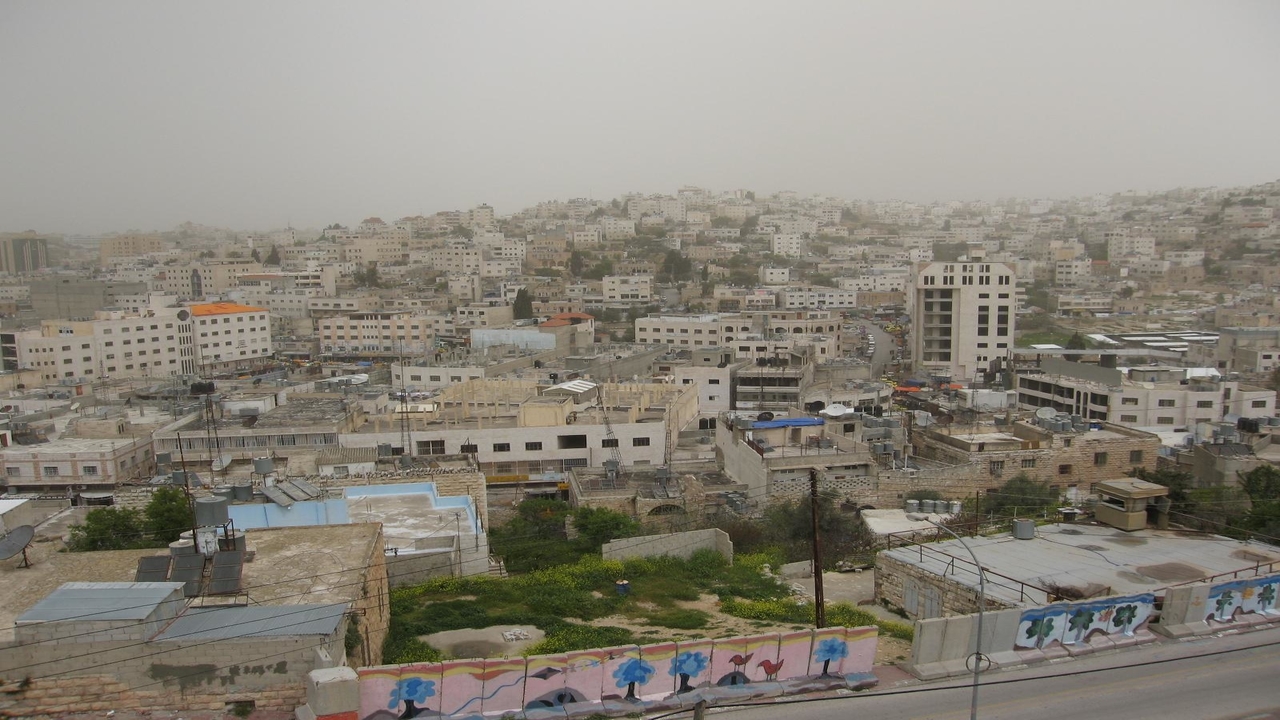 Israel on Sunday, December 1, announced plans to build a new settlement in the city of Hebron in the occupied West Bank. Once constructed, the new settlement will double the number of Jewish settlers living in Hebron. The announcement comes in the aftermath of last month’s US decision to not consider the Jewish settlements built by Israel in the occupied Palestinian territories of West Bank and East Jerusalem as ‘illegal’,

Close to 800-900 Jewish settlers already live in Hebron, with hundreds of Israeli soldiers posted in the area for their security. Around 24,000 Palestinians also live in the city. They face severe restrictions and prohibitions daily. These include limitations on their freedom of movement whereby they are unable to access various parts of the city, curfews imposed by the Israeli army, provocations and attacks by right-wing fundamentalist Jewish settlers, and brutal crackdowns by the Israeli army during clashes with the settlers.

The announcement to build the new settlement was made by the pro-settlement right-wing defense minister of Israel, Naftali Bennett. According to a statement by the minister’s office, an order has been issued to the relevant offices within the ministry to “inform the Hebron municipality that planning was starting for the new neighborhood near the city’s old market.”

To facilitate the construction of new shops and residential buildings, the old fruits and vegetables wholesale market of Hebron will be demolished

The market area, which is situated on Shuhada street, had served as the main commercial center for the city. The Israeli army closed it to the public in 1994, after an Israeli extremist settler, Baruch Goldstein, killed 29 Palestinians inside the Ibrahimi mosque. Palestinians have been long demanding that the market to be re-opened, but in vain.

The defense ministry’s statement adds that the new settlement will create Jewish “territorial continuity” between the existing Avraham Avinu neighbourhood and the Ibrahimi mosque.

Saeb Erakat, secretary general of the Palestine Liberation Organisation (PLO), responded to the announcement, tweeting, “Israel’s decision to build a new illegal settlement in occupied Hebron is the first tangible result of the US decision to legitimize colonization;this cannot be taken out of the context annexation:Concrete measures,including sanctions against settlements are an Int. (International) responsibility.”

Taysir Abu Sneineh, the mayor of Hebron, has also warned that the decision will have negative consequences, and could inflame the whole region.

The city of Hebron is considered holy by both Muslims and Jews. It is the second holiest city after Jerusalem in Judaism, while in Islam, it is one of the four holy Muslim cities, along with Mecca, Medina and Jerusalem.

Abu Sneineh also declared that the Hebron municipality and the Palestinian leadership will make all efforts to stop this Israeli plan and protect and preserve Palestinian land and civilian property. He further urged the international community to break its silence and pressurize the Israeli government to comply with United Nations resolutions and international law.

The anti-settlement non-governmental organization Peace Now also condemned the announcement by Israel, saying that “the settlement in Hebron is the ugliest face of Israeli control in the territories. To maintain 800 settlers among a quarter of a million Palestinians, whole streets are closed to Palestinians and they are deprived of their freedom of movement and their livelihood. Construction in the wholesale market is adding insult to injury, a waste of public money that harms Israeli interests. No future plan for a diplomatic agreement includes the Jewish settlement in Hebron and expanding it serves nothing but the messianic vision of an extremist minority.”

The organization also stressed that the land belonged to the Hebron municipality. Its residents thus had a protected tenancy that prevented them from being evicted without legal grounds.