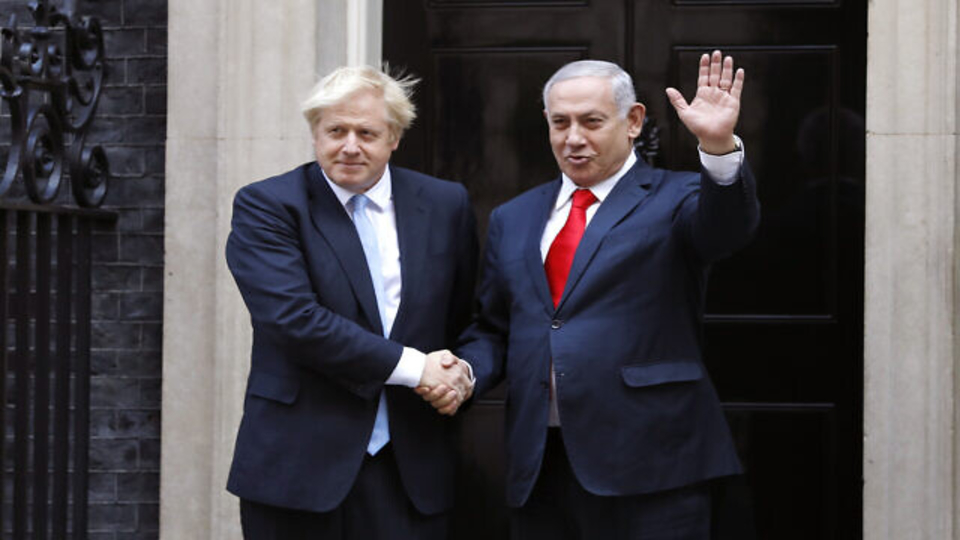 The newly elected conservative government in the United Kingdom (UK), under the leadership of prime minister Boris Jonson, is set to bring in a new law in the parliament to criminalize the Boycott, Divestment and Sanctions (BDS) movement in solidarity with Palestine. The same was promised in the party’s election manifesto which reads, “we will ban public bodies from imposing their own direct or indirect boycotts, divestment or sanctions campaigns against foreign countries. These undermine community cohesion.” The proposal to introduce the law would most likely be made in the Queen’s address to the newly elected parliament on December 19.

BDS is a global movement against the Israeli occupation of Palestine. It calls on individuals, groups and states to boycott the Zionist state of Israel culturally, economically and politically to pressurize it to respect the international resolutions and norms on Palestine.

Boris Johnson has earlier claimed to be a “passionate Zionist”. Most of the Conservative Party members and its “Friends of Israel” lobby group allege that the BDS movement is disguised anti-Semitism. They also allege that it attempts to create hatred against the state of Israel.

Several Conservative Party leaders, including Johnson, are also close friends with the Israeli prime minister Benjamin Netanyahu and US president Donald Trump, who has emerged as Netanyahu’s biggest international backer. Both leaders have been taking the lead in encouraging anti-BDS moves across the globe. Several US States have already passed laws criminalizing boycott calls against Israel.

In Europe, Germany has also passed a law criminalizing BDS. While the German law is non-binding, Austria has proposed a stronger anti-BDS law. The proposal moved by the center-right Austrian People’s Party will be discussed in January 2020 and is likely to be passed by the country’s government. It proposes to label BDS as anti-Semitic and anti-Zionist, and will legalize withholding state support to organizations adhering to BDS.

Since 2005, the Palestinian led BDS movement has offered activists within and outside of Palestine a tangible way to exercise solidarity with the Palestinian struggle for rights and liberation. The movement has since attracted to its fold hundreds of artists, writers and other intellectuals from different corners of the world. In recent times, it has also gained the support of many state governments and prominent global organizations.

Growing support to BDS also has provoked Israel and the pro-Israel right-wing parties in other countries to attack the movement. Right-wing pro-Israeli groups often accuse BDS of spreading anti-Semitism or hatred against Jews.

Such allegations are used to de-legitimize the movement pro-Israeli lobbies worldwide. Recently, the Labour Party and its leader Jeremy Corbyn were targeted by such lobbies in the UK for their open support to BDS and the Palestinian right to self-determination. The current attempt to ban the local councils in the UK from boycotting Israel is also being seen as a move to prevent the Labour-controlled local bodies’ support for the BDS movement.

Refuting the allegations of anti-Semitism, Omar Barghouti, one of the founders of the movement, argues that the main objective of BDS is to pressurize Israel “to end its military rule over Palestinian and Syrian territories occupied since 1967, grant equal rights to Palestinian citizens of Israel, and recognize the UN-stipulated right of Palestinian refugees to return to their homes of origin, a universal right that applies to all refugees.”