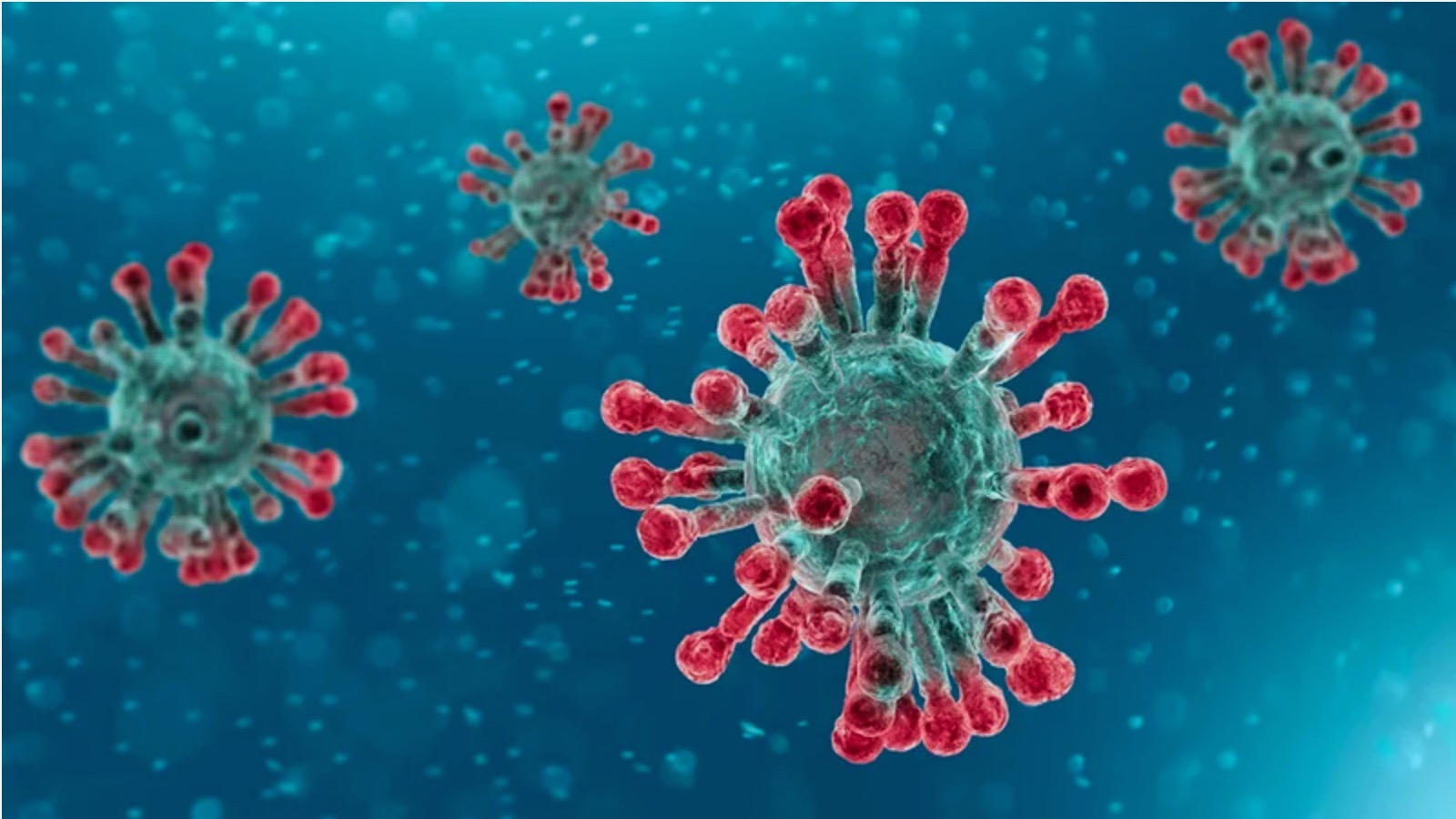 It is now clear that Europe, particularly the core European Union countries—Italy, Spain, France, and Germany—is the new epicentre of the Covid-19 epidemic. China, followed by South Korea, managed to contain their outbreaks; the European countries did not. The US and UK numbers are creeping up, poised to take off at any moment. In the US, only the Trump administration’s lack of testing—either intentional or due to incompetence—is hiding the real numbers. As its testing scope increases, a sharp increase in numbers is already visible.

India’s numbers are still small, though here again the real numbers could be higher, as testing is confined to only a small section of the population. According to ICMR guidelines, only those coming from high risk, Covid-19 affected countries (12 as of now), or those in direct contact with somebody who has tested positive, can be tested. Instead of the widespread testing done by China or South Korea, India will do random testing to see if there is any community spread before changing the testing guidelines. The ICMR’s argument is that we are not yet in the community spread phase, and also there is a scarcity of resources. The ICMR has only 100,000 test kits, though it has ordered another million. At the stage India is in, the WHO recommends testing contacts of confirmed cases only if they show symptoms of Covid-19.

Addressing a press conference on on 16th March, WHO Director-General Tedros Adhanom Ghebreyesus said, “We have a simple message to all countries – test, test, test… All countries should be able to test all suspected cases. They cannot fight this pandemic blindfolded.” For countries that are in the community spread phase, extensive testing is the only way to slow down further infections. The problem is to identify the tipping point when a country moves from containment phase to community spread. ICMR’s idea of random testing of other patients suffering from severe respiratory infections could be a worthwhile approach.

WHO recommends isolating the infected as early as possible to contain the epidemic. In the containment phase, people should impose social distancing: reduce the number of person to person contacts, maintain a certain distance from each other, and take other precautions such as hand washing. In this phase, we test for those coming from high risk regions and people in contact with those who have been confirmed as infected.

If this fails, we enter a community phase, in which we do not know who is infecting whom. Then we need lockdowns and social isolation, coupled with extensive testing. This is the stage where a number of European countries, Iran and parts of the US are at now. If the number of infections cannot be controlled in this phase, they will overwhelm the health infrastructure. The consequence will be a large number of deaths, particularly among the old and those who have underlying risk factors such as asthma, heart disease and diabetes. They will need intensive care doctors, nurses, equipment for oxygen support, ventilators and machines that can oxygenate blood outside the body, and protective gear for medical personnel, which a hospital may no longer be able to provide. This is the reason for the lockdown – to slow down the spread or flatten the curve, reduce the peak, and so distribute the overloading of the hospital systems over a longer period of time.

If the hospitals are overwhelmed by the number of patients, as they were in Wuhan and now in Italy, the mortality rates will be much higher. In Wuhan, the case fatality ratio—the number of deaths to infected cases—was nearly 6%, while it was less than 1% in the rest of China. The number of fatalities was also much higher among the old, and those more prone to severe complications. Lombardy and nearby regions are seeing even worse figures. Italy’s death rates are, perhaps, higher as Italy has a significantly older population with more than 23% of its people above the age of 65.

Why did the US and western media decide on China bashing about a disease that could create a global pandemic? It appears that they saw Covid-19 as simply another day in office a continuation of the cold war against China. Rather than invoking a sense of global solidarity, a virulent campaign of racist propaganda was unleashed: Covid-19 was a Chinese disease; the Chinese eat bats and snakes; and everyone else can keep Covid-19 away simply by isolating China.

China not only bought the world time, but also showed us how the disease can be fought. By imposing early lockdown and travel bans, they kept the community spread of the disease virtually localised in Hubei province, something that Italy and other EU countries failed to do. China also taught us early isolation of suspected cases in fever clinics for testing, separating those mildly infected into makeshift care centres like gymnasiums, warehouses and stadiums, putting those seriously sick into hospitals where much more support to be provided. They mobilised more than 40,000 doctors and nurses from other regions of China to come to Hubei and Wuhan to shore the crisis of medical personnel in Wuhan.

US action has been in sharp contrast. At the time China sent medical personnel to Iraq, the US decided to bomb Iraq! And tried to grab a German company developing a Covid-19 vaccine, so that it can try and create an American monopoly over the vaccine. China is also sending similar health teams to many countries including Italy and Iran. It has even sent masks to the US. Meanwhile, the US is continuing its sanctions on Iran and Venezuela even though that makes it much more difficult for them to ship in scarce medical equipment, masks, and other protective gear.

It is difficult to predict the likely course of the Covid-19 pandemic as it is a completely new virus. But certain questions need to be addressed, and at least provisional answers provided.

Are there medicines that can provide cure for Covis-19? At the moment, we have a set of drugs which seem to be working on some patients. A combination of lopinavir and ritonavir, used to treat AIDS, seems to be working against Covid-19. Apart from this, the other drugs that have done well in China are the anti-malarial drugs chloroquine phosphate and hydroxychloroquine, both widely available in generic form. Remdesivir, an experimental drug that failed against Ebola, has shown some promise against Covid-19 as well, pushing up the share price of Gilead Sciences, its patent holder in a steeply falling share market. Interferon alpha 2B, a product of Cuba’s strong biotech institutions, has also been used in China and now in Italy.

Is there a vaccine that will soon be available? The fastest development of a vaccine is still at least 12 months away. After a candidate vaccine is developed, it needs a series of tests. The first step is the pre-clinical one, where cell culture and animal tests are done to see if antibodies develop after using the vaccine. Next, human trials are conducted on a small group of people, usually less than 100, to test the vaccine for safety. If the results are positive, the trials are repeated with a larger group size to test for safety, immunogenicity, immunization schedule and dose size. Only after this are widespread trails carried out involving thousands of subjects. The entire process is, therefore, unlikely to be short circuited. The only speeding up that has occurred is developing genetically engineered vaccines that can be developed faster than using conventional vaccine development processes.

What is UK PM Boris Johnson’s “herd immunity” hypothesis to deal with the Covid-19 epidemic? This is the “theory” that if 60% of the people are infected, they will develop immunity which will stop or slow down the epidemic. This means that at least 60% of the UK’s 60 million population—or 36 million—would have to fall sick before the UK becomes “Covid-19 hardened” against an epidemic. Calculations show that with hospitals being overwhelmed as they have been in Italy, death rates would be anything between 1% to 5%, or three sixty thousand to one million (360,000-1,800,000). As various people have pointed out, the world did not eradicate small pox, polio, whooping cough, etc., through disease based herd immunity, but only after the development of vaccines. This is why the UK now has changed tack after a modelling exercise showing these numbers, giving up its pseudo-scientific herd immunity strategy.

Will seasonality—meaning warm weather—slow down the virus? The jury is out on that one. Most viruses show seasonality, as does the flu virus. It is possible that high temperature and/or high humidity can slow down the rate of transmission, but we have to ride out one season to find out. There have been two different studies, both of which have come to diametrically opposite conclusions. One is based on modelling infections and temperature. As the accompanying map shows, most of the countries currently in the throes of the epidemic are along a narrow east-west corridor, roughly along the latitude 30-50 North, with average temperatures of 5-11 Deg C, along with low humidity. However, another paper using Chinese data says that there is no evidence that temperature has any effect on Covid-19 transmission. It is quite possible that we will see the outbreak spread to other countries outside the band above, and the temperature-humidity hypothesis will not hold. But even if it does, we are postponing the outbreak to a future date. 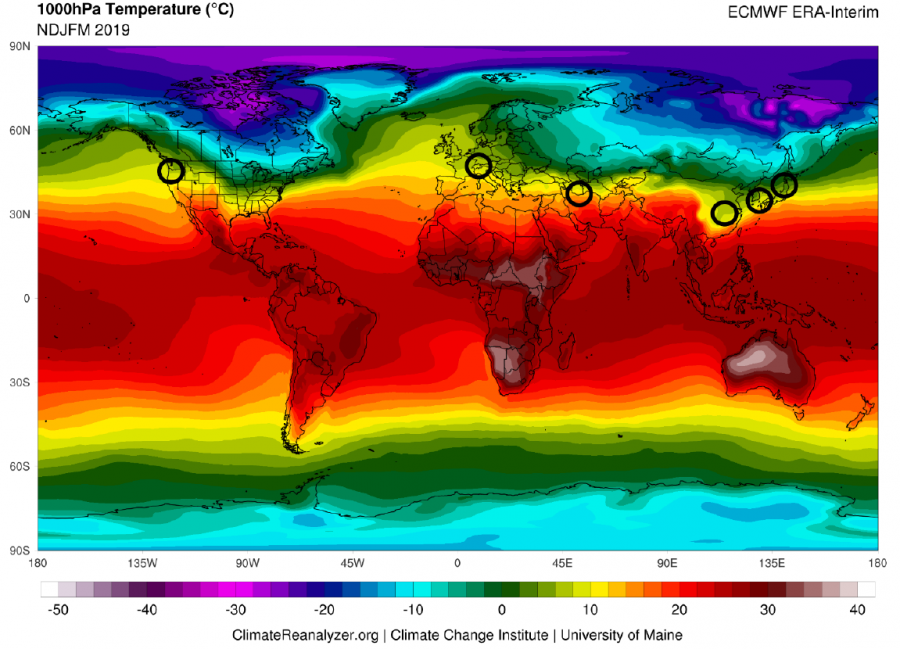 The key to stopping the epidemic in Wuhan was not simply the lockdowns. It was also the combination of quickly testing suspected patients, then taking the necessary steps of isolation and treatment of those found positive. This is, as Dr. Aylward says, the really hard part that all of us have to implement when—and not if—Covid-19 takes an epidemic form.

For India, the challenge is much harder. We have a weak public health infrastructure, and an economy in which a huge number of people will have no earnings if we impose lockdowns. How we craft a policy that works for most people while keeping the epidemic at bay is the main challenge. Can a government still focused on attacking its critics, alienating its minorities, and bailing out big capital, switch to building solidarity, extending public health and uniting all sections of the people? Or will the Modi administration follow its Big Brother Trump, believing ultra nationalism, coupled with hyper capitalism, will solve all its problems? 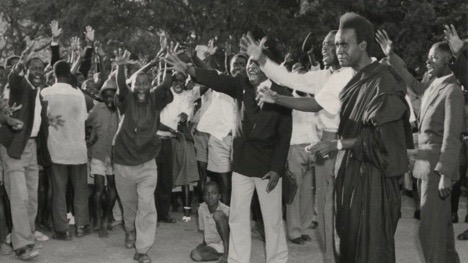 Conservative Ebrahim Raisi is the next president of Iran