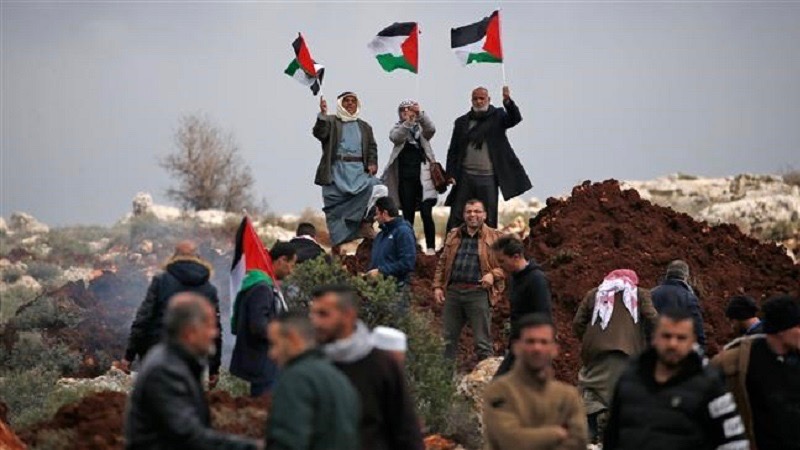 Israel’s new unity government has “agreed” on a decision to annex a large part of the occupied West Bank.

Foreign ministers of Arab League member states held an emergency video conference meeting on April 30, Thursday, following which a statement was issued warning Israel against its plans to annex the West bank. The statement adds that the Israeli move would amount to “war crimes” and an end of the “two state solution”.

Ministers from all 22 league members also renewed their pledge to support the Palestinian cause by all political, legal, diplomatic and financial means. They called on the US administration to abide by the UN charter and its resolutions with respect to Palestine, and not to support the colonial policies of Israel.

Israel’s new cabinet was formed after an alliance was announced between Benjamin Netanyahu and Benny Gantz last week. The two former rivals have agreed to annex a large part of the occupied West Bank. This will include all the settlements, the Jordan Valley and other regions considered crucial to the establishment of a future Palestinian state in a two-state solution. Israel had annexed eastern Jerusalem immediately after the 1967 war.

Meanwhile, Netanyahu has expressed “hope” that the US will approve its plans for annexation.

In a statement issued last Monday, on April 27, the US state department expressed its support for the move. In violation of the US’ own previous commitments and several international resolutions, Donald Trump’s “deal of the century” unveiled in January 2020 recognizes the Jordan valley and the illegal settlements as Israeli territories.

The US administration recognized Jerusalem as the Israeli capital in 2017, and also moved its embassy there from Tel Aviv. Joe Biden, who is likely to be contesting against Donald Trump in the upcoming US presidential elections, said on April 29, Wednesday, that he would keep the US embassy in Jerusalem if elected, despite the fact that “it should not have been moved.”

The Arab League ministers also urged the European Union to recognize the state of Palestine based on the 1967 borders, and prevent the political conflict from turning into a religious one.

“The Arab Foreign Ministers stressed that a comprehensive and just peace based on international law, international legitimacy decisions and the Arab Peace Initiative, is an Arab strategic choice, and a necessity for regional and international security and peace,” Palestinian news agency WAFA reported.