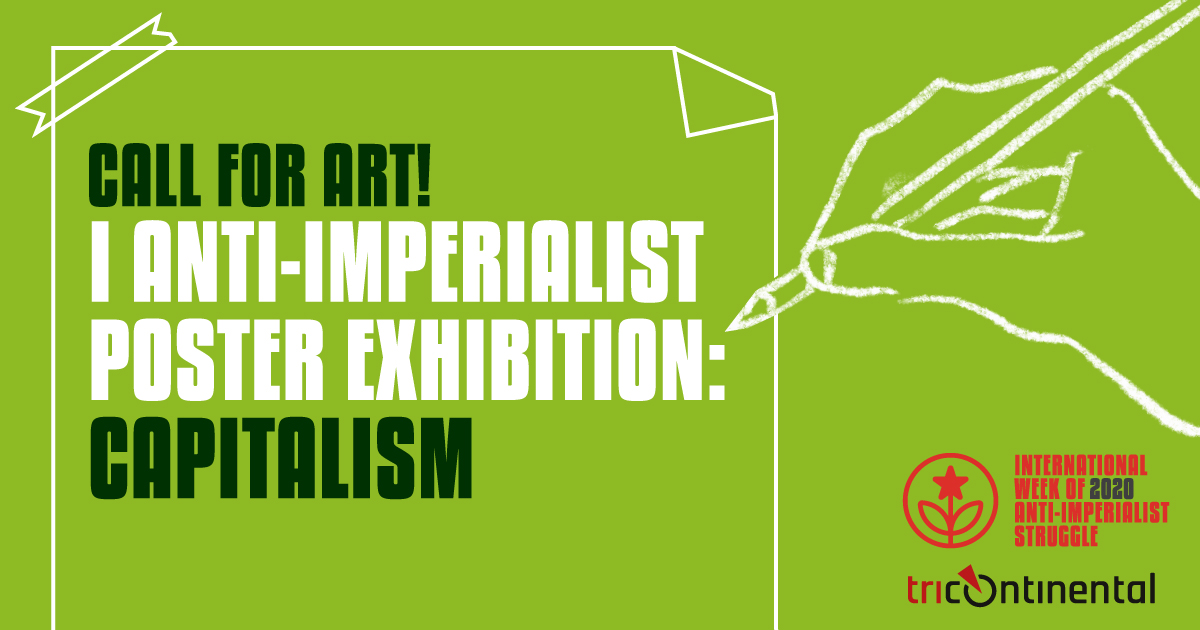 In the small French commune of Vallauris sits a 14th century chapel. On its walls, Spanish socialist painter Pablo Picasso created one of his largest murals – the diptych, War and Peace (1952). After preparing 278 sketches, Picasso’s finished mural portrays a disease-carrying demon of war battling a heroic figure wielding a spear and shielded by a dove. It is a portrait of imperialism. Against the backdrop of this painting were the U.S. military aggressions in the Korean War that had begun two years earlier, which would claim three million lives by 1953.

“Painting is not made to decorate houses,” Picasso wrote a decade earlier, “It is an instrument of offensive and defensive war against the enemy.” War follows Picasso’s tradition of painting the horrors of war – most famously, Guernica (1937), of the fascist bombing of the Basque town. War, however, is paired with a second painting, Peace. It is a portrait of anti-imperialist resistance, a defense of socialism, and a glimpse into a possible world of the living. Picasso was, after all, a communist and a three-decade member of the French Communist Party until his death in 1973. Picasso was not only condemning war, but he was proclaiming a vision for peace, for human beings and for the planet.

This series of four online exhibitions over the next months will serve as cultural instruments to enliven and deepen the political process of the International Week of Anti-Imperialist Struggle, a political platform that has emerged from people’s movements, political organizations, and networks from across the globe.

Tricontinental: Institute for Social Research has joined this process, understanding that the intellectual and cultural battle of ideas must be firmly grounded in movements mobilizing on the ground. A joint declaration from the 100+ participating member organizations can be found here – it is a declaration in defense of life, peace, and the planet in this struggle.

We are at a crossroads. Imperialism is putting the future of life on the planet at risk. The basic rights of housing, health, and education are increasingly out of reach. States in the Global South are being rapidly stripped of their sovereignty, with war and militaristic aggressions looming at our doorsteps, threatening the survival of the planet and the people.

And this was all before the COVID-19 pandemic began to shake the world, revealing the contradictions of capitalism, which under the imperialist and neoliberal order has proven that it has no responses to the needs of the people.

Art in the service of the people

In the early 1980s, Thami Mnyele, one of South Africa’s great artist-militants and co-founder of the exiled cultural workers’ group Medu Arts Ensemble wrote: “The struggle of the artist must be rooted in that of the majority of our people.” He reminds us that political art must be grounded in the movements and struggles of the people. “Any actual engagement in the making of change must of necessity seek inspiration and alliance with the movement of the people.” This he called the “river,” which feeds and nourishes a work of art.

As part of the political process of the Anti-Imperialist week, which will take place sometime in 2020, we know that our collective strength lies in mobilization – and these mobilizations need to find their visual voices. This process needs to develop its collective visual expression. So, we are calling for graphic artists and militants from around the world to help transform our collective indignation into inspiring images, to expose the violence of imperialism through posters, and most importantly, and to help us imagine a different future. “With our brushes and paints,” Mnyele urged us, “we shall need to visualize the beauty of the country we would like our people to live in.”

The Anti-Imperialist Poster Exhibition is a series of monthly online exhibitions that will be based on four grounding concepts: Capitalism, Neoliberalism, Hybrid War, and Imperialism. (Full details of the call linked here).

Our first call for artists is centered around the theme Capitalism, to be followed by a call for art for the other three key concepts. The text below serves as a guide on how we understand capitalism, which we invite you to interpret visually.

CAPITALISM: Corporations own most things; they hire people to work for them. Workers are forced to sell their labor power and are exploited in the production of commodities which are then sold for profit, increasing the wealth of the few.

– Color: Any – green emphasis recommended for visual unity between posters.

– Visual Identity: Incorporate the logo of the International Week of Anti-Imperialist Struggle and Tricontinental: Institute for Social Research in art work (link)

Jointly curated between Tricontinental: Institute for Social Research and the International Week of Anti-Imperialist Struggle, the exhibition will be hosted on the Week’s website and distributed as a digital catalogue, with all credits given to the participating artists. The posters will be made available to the hundreds of movements that are participating in this anti-imperialist process. We ask that the artists to creatively incorporate the logos of the Week and Tricontinental so that they will also be our visual tools in building the process itself.

After all, art, like land, belongs to those who labor on it – it belongs to the working class and oppressed peoples of the world. We welcome you, as artists, to cultivate a practice and spirit of internationalism by creating solidarity art in service of people’s movements and struggles.