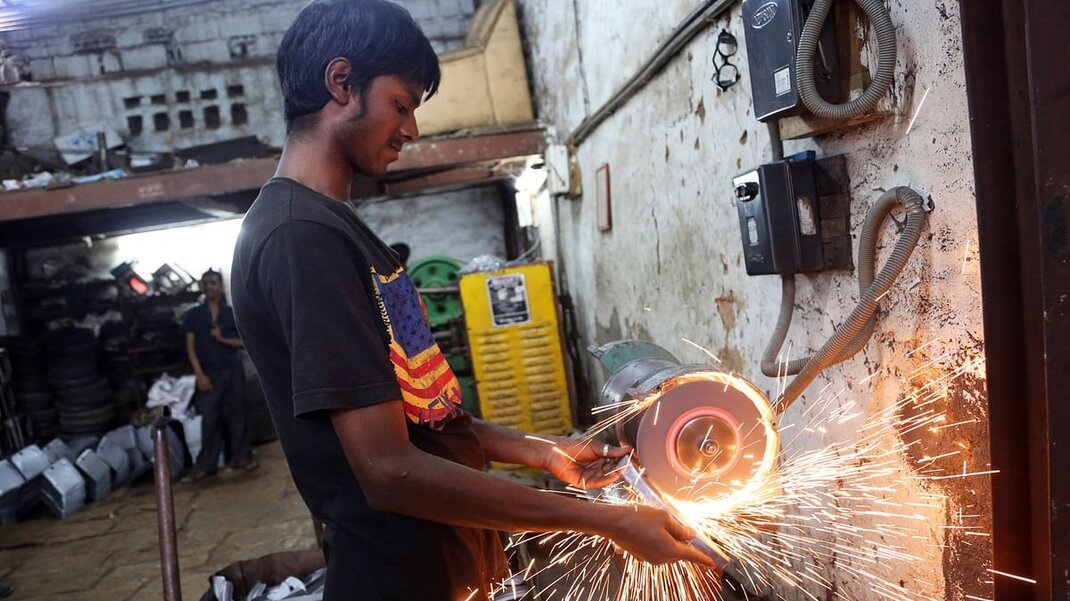 Trade unions condemned the move by the State governments as “inhuman crime and brutality on the working people." Photo: AP

Trade unions and leftist political parties in India have condemned moves by various State governments to freeze labor laws under the pretext of inviting investment. The State governments of Uttar Pradesh, Madhya Pradesh and Gujarat, all of which are ruled by the right-wing Bharatiya Janata Party (BJP), have taken steps to this effect, purportedly to deal with the economic fallout of COVID-19. Meanwhile employers’ groups are reportedly lobbying for these anti-worker provisions to be extended across the country

The steps by these governments will lead to the extension of the 8-hour work shift to 12 hours, exemption for employers from having to contribute to labor welfare, and removal of the few protections workers had from being fired without notice.

A letter by 10 central trade unions on May 11 termed these moves as an “inhuman crime and brutality on the working people.” It condemned the Central government (which is also ruled by the BJP) for “letting lose their pliant state governments to take such anti-worker and anti-people autocratic measures.”

The governments claim that these measures will encourage finance capital to make investments in the country to revive the economy paralyzed by the lockdown.

However, many experts have pointed out that such measures will not lead to any additional investment. This is because the country’s industrial capacity utilization has plummeted to a record low due to low demand caused by declining purchasing power.

Even before the lockdown, industrial capacity utilization had dropped to 68.6% – the lowest since 2008. The series of concessions that the central government has been making to industrialists, including the dilution of labor laws, has not led to any reversal of the trend.

Uttar Pradesh (UP), the most populous State in the country, passed the Uttar Pradesh Temporary Exemption from Certain Labour Laws Ordinance, 2020 on May 6. This ordinance exempts business and factories from most labor laws for three years. The only laws that are exempt from this ordinance are the Building and Other Construction Workers Act; Workmen Compensation Act; Bonded Labour System (Abolition) Act, and parts of the act governing payment of wages and maternity benefits.

Employers no longer have to abide by the Factories Act, which caps the work shift to 8 hours a day, or the Industrial Disputes Act, which mandates that a notice for a one-three month period should be served to factory workers before retrenching them.

Previously, factories, plantations and mines which employed 100 or more workers were required to take government’s approval before undertaking retrenchments. Now, no government approval will be necessary.

The central Indian State of Madhya Pradesh (M.P), also ruled by BJP, issued its own ordinance on May 7. This ordinance goes further, exempting all new factories established under Factories Act, 1948, from labor inspections. Factories are also exempted from having to file annual returns and pay the Madhya Pradesh Labour Welfare Board Rs. 80 (around $1) per worker.

Amendments also assure new industrial establishments that the registrations and licenses, which fall under different labor laws, will be issued within 24 hours after application. The previous time period was 30 days. The new provision leaves little time for the authorities to ascertain the establishment’s compliance with the requirements to obtain licenses.

While such licenses had to be renewed every year earlier, the ordinance extends this period to 10 years. Startups will only need a one-time registration, with no requirement for renewals.

The western State of Gujarat, also ruled by the BJP, has also exempted new factories from Minimum Wages Act, Industrial Safety Rules and Employees’ Compensation Act. Prime Minister Narendra Modi hails from Gujarat and was the chief minister of the State before assuming his current position in 2014.

Other BJP-ruled states have also indicated their intention to introduce such ordinances.

Many of these changes require a nod from the Central government. In a meeting with labor minister Santosh Kumar Gangwar on Friday, 12 employers’ associations had urged the Central government to suspend all labor laws for a period of two-three years. This is with the exemption of the already diluted laws regarding minimum wage and wage and bonus payments.

A statement released by the labor ministry after the meeting said “the labor secretary welcomed the suggestions given by the representatives of the employers’ organizations.”

The left-wing Centre of Indian Trade Unions (CITU), in a statement, called these steps a “barbarous move to impose conditions of slavery on the working people who are actually creating wealth for the country, simultaneously suffering from brutal exploitation and loot by the capitalists and big-business.”

The All India Central Council of Trade Unions (AICCTU) has called for country wide protests on May 12 and 13. Even the right-wing Bharatiya Mazdoor Sangh (BMS), affiliated with the ruling party, has also criticized the scrapping of labor laws by one state after another as “a bigger pandemic than coronavirus.”

“It is a law of capitalism that every crisis confronting it must be resolved at the expense of the workers. Already large-scale loss of jobs has taken place.. the unemployment rate has shot up to 27.11 per cent for the week ending May 3 from the level of 6.74 per cent in the week ending March 15. The workers who are still in employment will be coerced into working longer hours and depressed wages with no security and rights,” said Sitaram Yechury, the general secretary of Communist Party of India (Marxist), in an editorial in the party’s newspaper.

“This is what the Modi government and the ruling class intend to enforce in the coming days and that is what must be resisted and fought by the united trade union movement and the Left and democratic forces,” he added.