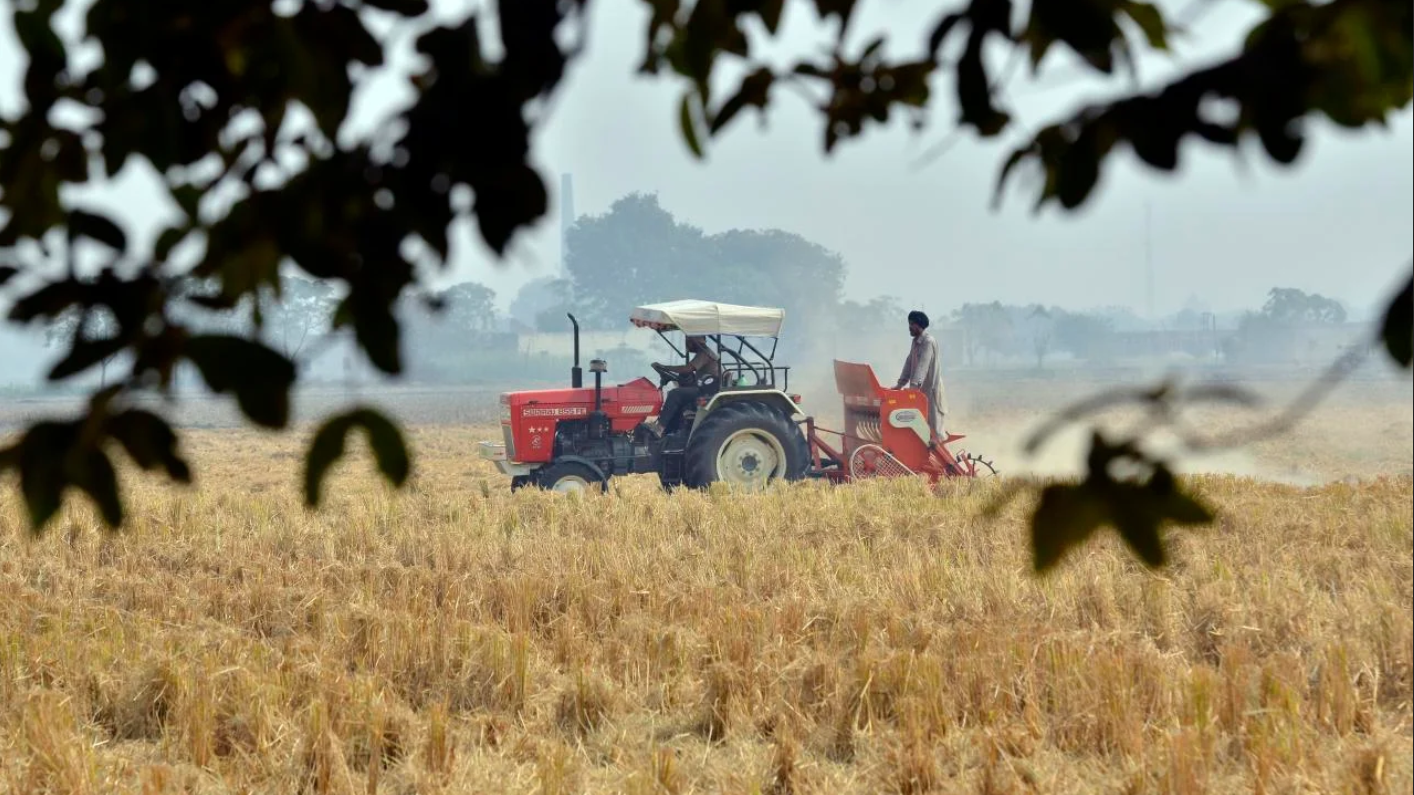 The tropical region can grow a variety of crops which either cannot be grown at all, or for much of the year, in the cold temperate regions of the world where metropolitan capitalism is located. These include beverages, fibers, vegetables and fruit, and a variety of cereals and oil-crops.

The tropical land mass, however, is fixed in size and already used up; increases in land productivity which could raise the effective supply of this land-mass requires State investment (as Marx had observed with great acuity), which the “fiscal rectitude” demanded by metropolitan capitalism, whether under the Gold Standard (when budgets were to be balanced) or under neoliberalism (when fiscal deficits must remain below a certain percentage of GDP), does not permit.

The problem before metropolitan capitalism, therefore, is: how to acquire control over the use of this tropical land-mass in order to obtain the products it needs? Since such control would necessarily undermine domestic food production, the problem is to persuade Third World governments to permit a diversion of land use from food crops to those demanded by the metropolis, i.e., to persuade them to throw open tropical agriculture to global trade, where the greater pull of metropolitan purchasing power would do the needful.

Matters were easy under colonialism, when the taxation system was used not just to keep domestic food demand restricted, permitting the use of land for products demanded by the metropolis, but also to get these goods gratis for the metropolis by using these very tax proceeds to pay for the goods it demanded.

After Independence, increasing foodgrain production acquired priority for Third World governments; but with neoliberalism, a demand-squeeze was imposed again in varying ways so that tropical land could be released for metropolitan use.

Even so, however, the emphasis on food production could not be reversed in India. The imperialist countries put much pressure on India through the World Trade Organization to roll back the system of procurement at pre-announced prices, which was a crucial means of supporting foodgrain production. But no Indian government could afford to cave in to such pressure.

So, while foodgrain production could not be discouraged (though per capita output fell between 1991 and 2015-16), the demand of the working people was squeezed in various ways, such as through the privatization of essential services, through cutbacks in rural expenditures by the government, and through the APL/BPL (above poverty line/below poverty line) distinction, resulting in an accumulation of large food stocks and even substantial exports of grains. It is such stocks which have actually come to the rescue of the country in the midst of the current coronavirus crisis when 77 million tonnes have been available with the government to enable free distribution through the public distribution system or PDS.

Of course, the country does not normally require such large foodgrain stocks, but the solution to the problem of large stocks lies in putting greater purchasing power in the hands of the working people, who continue to experience acute hunger (India being close to the 100th position on the hunger index among a set of 112 hungriest countries). It does not lie in cutting back foodgrain production which can easily push the country to a famine-like situation in the event of a crop failure.

The imperialist argument has been that India should devote its land-mass to crops demanded in the metropolis, and should instead import foodgrains, so that it would never experience a food shortage. This argument, however, is wrong for at least three reasons: first, whenever a country of India’s size goes to the world market to import food grains, prices of grains immediately shoot up, so that what may appear superficially wise in economic terms, namely, producing other export crops and importing foodgrains, turns out to be patently unwise.

Third, the imperialist countries, having persuaded Third World countries to abandon food production in favor of the crops they need, then play politics with supplying food. Denial of food is a very potent weapon in the imperialist armory, and they use it ruthlessly; it is no longer a case of “normal” international trade.

All this has been amply demonstrated in the case of Africa, whose turn to growing non-food export crops instead of foodgrains is a major reason for the famines that have periodically rocked sub-Saharan Africa.

And the US had so badly arm-twisted India in the mid-1960s over making food available to it, that India was virtually forced to increase domestic food production through the Green Revolution. Not surprisingly, no Indian government since then, has ever thought of becoming significantly import-dependent on foodgrains even in the midst of a bad crop year.

The Bharatiya Janata Party-led government at the Centre, however, is an exception, as is to be expected when people who have amply demonstrated a medieval mindset, little understanding, and no respect for honest intellectual opinion, are put in charge of a modern economy. Their ignorance makes them parasitical on imperialist ideas; and quite predictably, they start becoming pawns of imperialism. The recent changes the government has announced in its agricultural policy, which represent a complete volte-face compared to India’s traditional policy, are a testimony to this.

The government has announced three ordinances. The first, removing the stock-holding limits on agricultural traders, the second, removing the stipulation that agricultural marketing can only occur at specific locations (the Agricultural Produce Market Committee), and the third permitting contract farming.

All these ordinances add up to nothing short of complete opening of agriculture to global trade; they facilitate the unrestricted entry of private traders, including foreign traders, into agricultural product markets, which is a way of opening agriculture to global trade. This was precisely what imperialism had been demanding for long but had been resisted until now. This resistance, and the complementary step of supporting domestic foodgrain production, was effected through a certain institutional mechanism; the ordinances seek to remove major props of this mechanism.

For instance, the support for foodgrain production was provided by announcing a set of procurement prices at which the government-run Food Corporation of India could buy grains from producers in specified markets. Once these markets are reduced in importance, even providing support through procurement prices becomes difficult. Likewise, if producers are offered contracts for export crops, as in colonial times, then such crops would substitute food production over time.

But then it may be asked: is this not in the farmers’ interest? The answer is: first, the system as it had developed earlier catered to the interests of both farmers and consumers; this synchrony, which is of great importance, is being destroyed.

Second, while in a particular year it may appear that farmers are benefiting from these measures, putting them forever in thraldom to multinational traders, as these ordinances would do, is inimical to their interests.

The striking feature of these three ordinances is that these have been issued without any consultation with State governments by the Centre, which has no business to do so. Agriculture in India is a State subject; the Center does not enter the picture.

The Central government has argued that agricultural trade falls within the jurisdiction of the Center which, therefore, has not transgressed the Constitution; but if far-reaching changes are indirectly effected in a subject belonging to the domain of the state governments, then that is tantamount to an encroachment of the States’ domain, and a transgression of the Centrist constitutional limits. But this has now become standard practice under the BJP government, which is turning India into a unitary State.

Every step in the direction of opening agriculture to global trade is ipso facto a step towards reducing domestic food availability. The BJP government has given the assurance that in years when there would be a decline in foodgrain output or conditions of severe food shortage, it would bring back the stock-holding limit on private trade that has just been lifted, in order to prevent hoarding and profiteering.

But, the problem is that hunger can express itself without any notable rise in foodgrain prices. It can be the result of a compression of demand from the working people, as frequently happened in colonial times. Between 1897-2002 and 1933-38, there was a sharp fall in per capita foodgrain availability, by about 20% ; but, over this very period of 36 years, the cost of living index of workers (dominated by food price) increased by only 23%.

These assurances, therefore, are quite meaningless. The BJP government, with its penchant for kow-towing to imperialism, has put the Indian people on the path to increased hunger and possible famines.