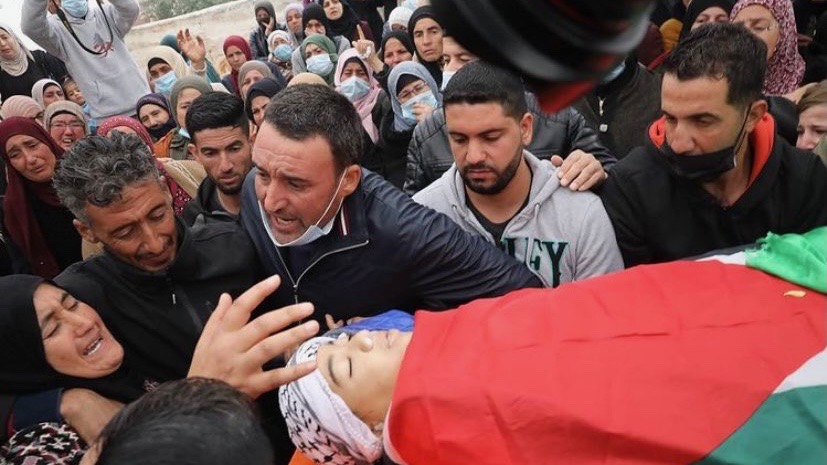 On December 4, 15-year-old Ali Ayman Abu Aliya was killed by Israeli soldiers who were suppressing a protest in the village of village of Al-Mughayyir in occupied Palestine. He was hit by a bullet in the stomach. In the aftermath of the violence, the Palestinian Red Cross said that the teenager was rushed to a nearby hospital but could not be saved. He died as a result of internal injuries from bullet wounds.

Ali was just the latest casualty in the brutal Israeli occupation which has had a terrible impact on the lives of children of Palestine. According to a statement by UN human rights experts Agnes Callamard and Michael Lynk, while a probe has been promised, “investigations by the Israeli Defense Forces of fatal shootings of Palestinians by its soldiers rarely result in appropriate accountability.”

The statement went on to note that 155 Palestinian children had been killed by Israeli security forces with live ammunition or crowd-control weapons since 2013. However, only three indictments have taken place for offenses directly connected to these killings. “In one case, the charges were subsequently dropped. In the second case, the responsible soldier reached a plea deal and was sentenced to nine months jail for death by negligence. In the third case, a soldier was convicted of not obeying orders and sentenced to one month in military prison,” the statement noted. An estimated 1,800 Palestinian children have been killed in the occupied Palestinian Territories (oPT) since 2000, according to various estimates.

A closer examination of Israeli treatment of Palestinian children reveals a well-planned and firmly established policy which has thousands of Palestinian children stare at prospects of imprisonment, humiliation, mental, verbal and physical torture, injury and death. Israel has shown no hesitation in employing such tactics when it comes to dealing with Palestinian children, regardless of the circumstances. This is despite children not posing any threat to the lives of Israeli soldiers or civilians. For instance, Ali Ayman Abu Aliya was just observing the protests and the statement by UN experts said they were “unaware of any claims that the Israeli security forces were in danger at any point of death or serious injury.” Another recent case, which the Israeli human rights group B’Tselem termed as “exemplifying whitewashing at work,” saw authorities clearing an Israeli police officer of any wrongdoing or criminal charges for shooting a 9-year-old Palestinian boy with a sponge-tipped bullet in February 2020. The boy had lost sight in one eye.

According to several reports by independent human rights groups and children’s charities working in Palestine, including the Defense for Children International – Palestine (DCI-P), more than 13,000 Palestinian children have been detained, prosecuted, interrogated and imprisoned by the Israeli military authorities since 2000. Since the beginning of this year, over 400 children have been arrested by the Israeli security forces, most of them from the city of occupied East Jerusalem, according to a report by the Palestinian Prisoners’ Society (PPS). Around 170 of them are still being held in Israeli prisons and detention centers, where they face extremely harsh conditions. Apart from repeated mental and physical assaults by prison officials, they are also subjected to solitary confinement, sexual abuse, denial of food and water, delay or lack of medical treatment, and often forbidden from meeting their parents and lawyers during interrogations. According to the DCI-P, the state of Israel holds the unique record of being the only country in the world to prosecute children in its custody in military court trials, a practice which is prohibited under international law and is a violation of the United Nations Convention on the Rights of the Child, ratified by Israel in 1991.

Other cruelties by Israel also have a traumatic impact on children. For instance, the large number of demolitions carried out by Israeli forces in Palestinian villages and towns to make way for the construction of illegal Israeli settlements deprives children of their homes, schools and neighborhoods, destroying any chance of them experiencing a normal childhood. A report by the Norwegian Refugee Council in November stated that an average of 10 attacks, demolitions, raids and other such measures were carried out every month by the Israeli state and private security forces on kindergartens, schools, staff and students between January 2018-June 2020.