On Tuesday, January 19, the last day of the Donald Trump administration, the designation of Yemen’s Ansar Allah, popularly known as the Houthis, as a foreign terrorist organization officially takes effect. Experts and aid agencies have warned that this could cause a humanitarian crisis and make chances at peace more difficult. The decision to this effect was announced by the US administration on January 10 and they refused appeals to repeal the step. Last month, several organizations had urged incoming president Joe Biden to end the war in Yemen on his first day in office. They renewed their call after the January 10 announcement and demanded that Biden revoke the decision after assuming office on January 20. Biden is yet to respond.

On Thursday, the director general of the UN office for the Coordination of Humanitarian Affairs, Mark Lowcock, urged the US to reverse its decision and warned in the Security Council that the labeling of Houthis as terrorists would likely trigger a “famine on the scale we have not seen in 40 years.”

The war in Yemen is already being seen as the “world’s largest humanitarian crisis of the century.”  Lowcock warned that conditions could significantly deteriorate because of the US move, which may lead to an estimated 400% increase in the prices of food. Yemen already imports almost 90% of its food requirements.

The US claims that the Houthis are Iranian proxies and backs the Saudi-led war in Yemen. The US has supplied the Saudi-led coalition forces with the latest weapons and crucial information, leading to the deaths of hundreds of thousands of Yemenis. Millions have been pushed to the verge of starvation due to the blocking of land, sea and air routes by the coalition countries. This has also caused a severe shortage of crucial medical supplies.

Lowcock reiterated that around 50,000 Yemenis are already facing a severe famine and another 5 million are on the verge of the same. The US move will affect at least half of the total Yemeni population of 30 million. The International Committee of the Red Cross, the world’s leading relief agency, also warned in a statement on Thursday that the designation of Houthis as a terrorist organization will have an adverse impact on its attempts to provide rescue and relief to civilians caught in the war in the country.

The US move is likely to discourage bankers, insurers, suppliers, transport companies, and others involved in the supply of food materials to Yemen. US hegemony over international financial transactions is also being used to deliberately scuttle possible peace efforts.

Several US congressmen, such as Democratic senator Chris Murphy, have termed the Trump administration’s decision “short sighted”. Murphy went to the extent of calling it “a death sentence” for millions of Yemenis. While he echoed the dominant American understanding of the Houthis being Iranian proxies, he also highlighted the fact that the move will “make the peace talks nearly impossible”.

These concerns have been shared by different groups and organizations, including Oxfam. UN spokesperson Stephan Dujarric said in a press conference last week said that the organization is concerned about the possible impact of the decision on its “efforts to resume the political process in Yemen.”

President-elect Joe Biden, the original architect of the war, has announced his intention to withdraw US involvement in the war and work for peace. However, Sunday’s move is likely to make this difficult.

In a letter sent to the heads of different international organizations including the UN, the speaker of the Yemeni parliament in Sanaa, Yahya al-Ra’I warned that the Trump administration’s decision would “harm the interests of the Yemeni people, increase their suffering, and obstruct trends aimed at achieving peace,” Yemen’s Saba news agency reported.

A multi-pronged war in Yemen

The Saudi-led coalition backed by the US is waging a multi-pronged war against the poorest country in the Arab region for the last five years. Though dozens of countries are part of the coalition, it is mainly a Saudi initiative guided by narrow calculations of regional hegemony and perceived threat from Iran.

A large number of the coalition members do not share Saudi concerns. Though equally responsible for the devastation of Yemen, they are motivated by their own objectives. Among the other coalition members, the UAE is looking to carve out its own sphere of influence by supporting separatist groups within Yemen. It’s support to the Southern Transitional Council (STC) has led to various local battles between the STC and forces loyal to Abd-Rabbu Mansour Hadi, the exiled president of Yemen living in Saudi Arabia. After Saudi intervention, on December 26, a new cabinet with five STC members was announced with the hopes of settling the differences within the coalition. However, the government was attacked the moment they arrived at the Aden airport on December 30 with a heavy bomb blast. No one has taken the responsibility for the attack yet.

A large part of Yemen is now controlled by extremist terrorist organizations such as the Al-Qaeda and ISIS, who have used the war and lack of a central authority to consolidate their control in the remote regions. Their presence has added to the complications created by Saudi Arabia and the US.

Deciphering Biden’s excuse to abandon the fight for $15 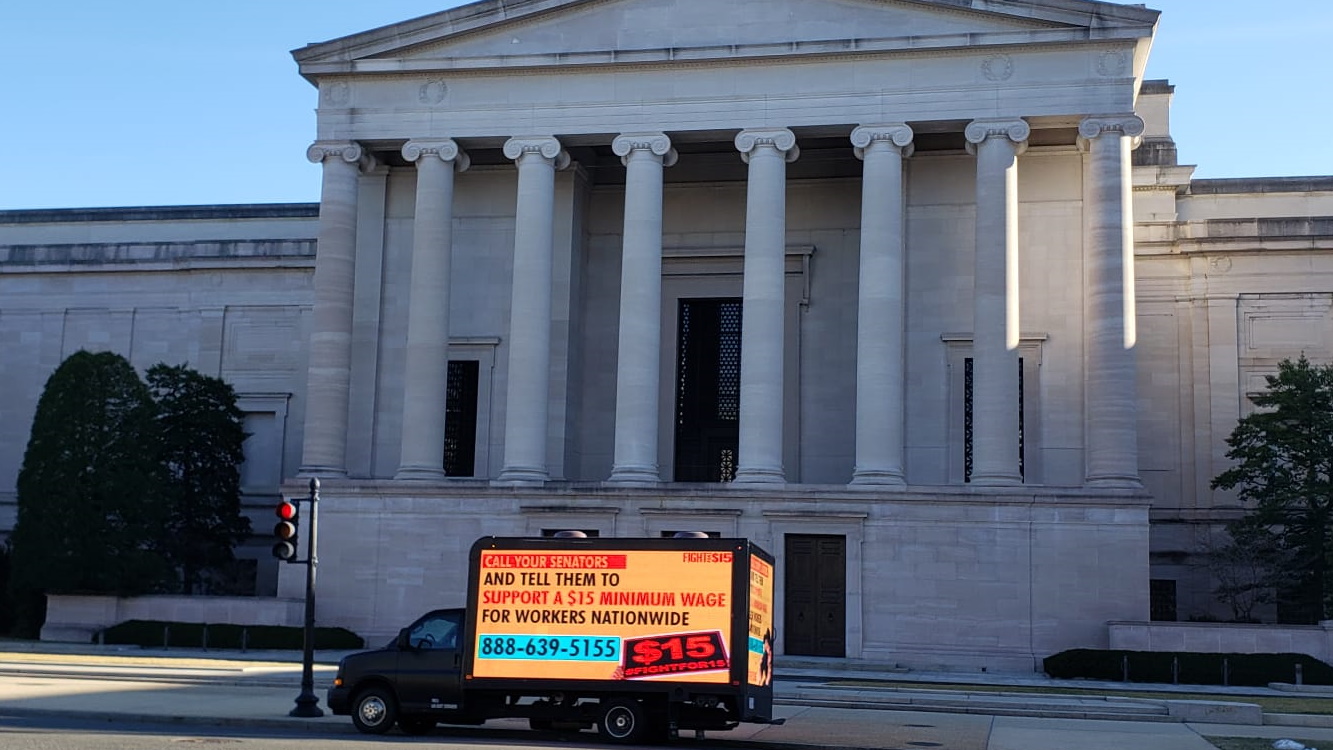