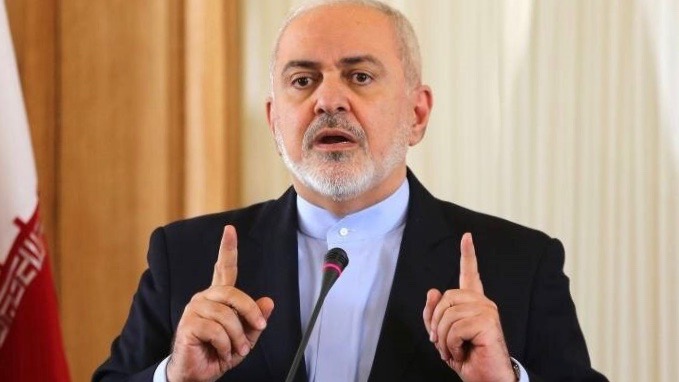 On April 11, the crucial Natanz nuclear facility in Iran was attacked. The attack took place at a time when negotiations were ongoing to revive the Joint Comprehensive Plan of Action (JCPOA) or the Iran nuclear deal, an agreement which has many opponents in the region. However, if the attack was intended to derail the deal, it clearly has not worked. While Iran announced that nuclear enrichment would be increased to 60%, talks continued to restore the deal. On Saturday, participants of the JCPOA joint commission announced that there had been positive developments.

Enrique Mora, the European Union’s deputy secretary general and a delegate at the JCPOA Joint Commission talks in Vienna, asserted that “progress has been made in a far from easy talks.” According to him, details need to be worked out before the US rejoins the deal.

Iran’s chief negotiator Abbas Araqchi was quoted by Iranian Press TV on Saturday, April 17, as saying that “the talks have reached a stage where parties are able to begin work on a joint draft” and “a new understanding is taking shape, and now there is an agreement over final goals.”

This was in line with what Iranian foreign minister Javad Zarif had said during a meeting with parliamentarians last Monday, where he listed the achievements from the ongoing meeting of the remaining signatories of the JCPOA in Vienna.

The remaining signatories of the deal – the UK, Germany, France, Russia and China – have worked out a mechanism to engage both Iran and the US in the joint commission meeting where they are meeting separately with Iran and the US and trying to find a common ground to revive the nuclear deal.

Prior to the meetings, Iran had made it clear that it will not be negotiating with the US in any form until the latter lifts all sanctions immediately. Iran’s insistence is based on the argument that unilateral sanctions were imposed in complete violation of the JCPOA and this forced Iran to scale back its commitments.

Iran gradually scaled down its strict adherence to the provisions of the deal from November 2019 after waiting a year for the remaining European signatories – the UK, Germany and France – to take measures to prevent the US sanctions or devise plans to safeguards Iran’s interests.

In December last year, the Iranian parliament passed a law making it binding for the government to withdraw permission to international inspectors from the International Atomic Energy Agency (IAEA) to inspect the country’s nuclear facilities.

Zarif had pointed out last Monday meeting that instead of weakening the Iranian position, Sunday’s sabotage has strengthened it. Zarif said that the attack has provided the opportunity to replace older technology with the latest one, and given Iran a legitimate right to retaliate.

Several reports in the international media, including in Israeli media, had pointed to an Israeli role in the attack on Natanz. Israel is also suspected to be involved in recent attacks on at least two Iranian vessels in the region.

The Natanz site was also attacked in July last year and an Iranian nuclear scientist, Mohsen Fakhrizadeh, was assassinated in November. In all these incidents, Iran suspects the role of Israel. Though Israel has never officially claimed responsibility, it has never denied its involvement either.

Israel’s open opposition to the JCPOA from the outset – claiming that it gives Iran a free hand to pursue its nuclear program and other strategic policies – as well as its active lobbying along with Saudi Arabia, was a major factor in Donald Trump’s withdrawal from the deal in 2018.

The Trump administration’s own strategic calculations and Iran’s rising regional influence, which goes against the US imperialist presence in the region, also played a crucial role in the US withdrawal. The Iran deal was signed by Trump’s predecessor Barack Obama in 2015 after years of negotiations. All international sanctions against Iran were withdrawn following the deal.

Since November 2019, Iran had since gradually increased the level of enrichment to above 20% against the allowed 3.67% in the deal. It has also stockpiled more than 2,500 kilograms of enriched uranium against the permitted limit of around 300 kilograms.

Though both Trump and now the Biden administrations have expressed their desire to “renegotiate” the deal to include Iran’s regional policy and missile program under its purview, Iran has refused to do so. Iran maintains that the JCPOA is a done deal and there will be no further negotiations on it. Iran is open for discussions on the other aspects separately.

Iran’s consistent position and the crucial support extended by Russia and China has forced the Biden administration to seek a more conciliatory stance than his predecessor.

Both Russia and China have supported the Iranian stance of lifting all US sanctions before expecting Iran goes back to its commitments under the deal. It is likely that after failing to persuade the Biden administration to not pursue the revival of the deal, Israel has undertaken sabotage tactics to maintain its nuclear hegemony in the region.

Iran has stated time and again that it does not want to develop a nuclear weapon and that its nuclear program is for peaceful purposes. Constant US and Israeli aggression targeting Iran for pursuing its legitimate foreign policy goals has tested Iranian resolve and also provided it an opportunity to show its determination.