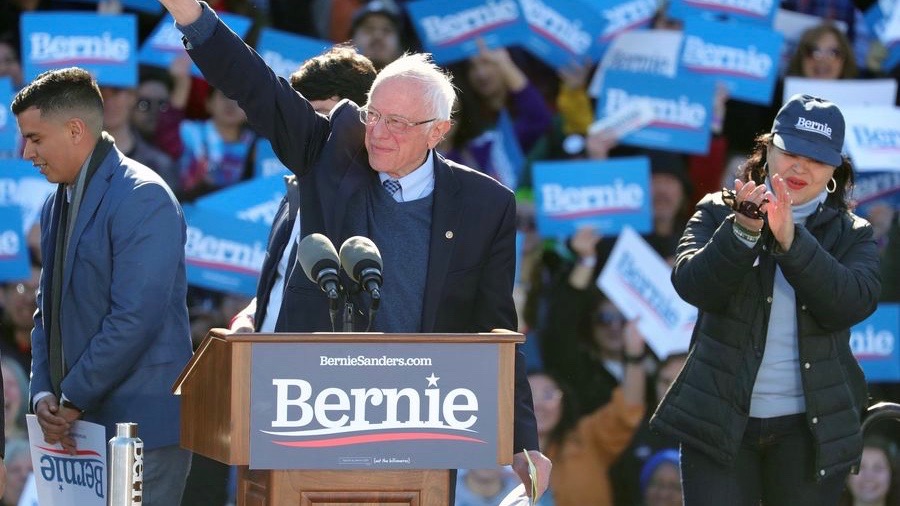 The US Democratic party’s leading senators and last year’s presidential aspirants, Bernie Sanders and Elizabeth Warren, on Monday, April 20 called on the Joe Biden administration to use the billions of dollars of aid given to Israel to pressurize it to protect Palestinian human rights and work for a peaceful resolution of the conflict. The senators were speaking at the conference of J Street, a “pro-Israel, pro-peace” lobbying group in the US.

Both Sanders and Warren, speaking separately, asked for putting conditions on the military aid to Israel. They argued that the US aid is used by Israel to prolong its occupation of Palestine and prevent the achievement of peace in the region. Several other members of the US Congress spoke in support of placing conditions on the aid and for a two-state solution.

The US provides billions of dollars in “security aid” to Israel every year, along with other developmental aid. Last year, amid the pandemic, it gave USD 3.3 billion as security aid to Israel. Most of the aid is unconditional and has been provided by successive US governments, irrespective of the ruling party, since the creation of Israel.

The demand for restricting or conditioning aid to Israel has been raised by left-wing groups and individuals in the US for a long time now. A group of 13 congresspersons led by Betty McCollum had introduced a bill in the house to prohibit US aid from being used to fund human rights violations in the occupied territories, including the detention of children and the demolition of Palestinian homes.

Israel has demolished thousands of Palestinians homes and confiscated their agricultural lands in the occupied West Bank and East Jerusalem to build illegal settlements. It has been accused of arresting Palestinian men, women and children and putting them in illegal detentions for months and years on end. Israel’s oppressive acts have increased in the last few years under the ultra-right wing expansionist government led by Benjamin Netanyahu. Israel has also imposed a land, sea and air blockade of the Gaza strip since 2006, making the over 1.9 million Palestinians living there totally dependent on its mercy.

Sanders said that the “American people do not want to see that” their money is “being used to support policies that violate human rights and treat the Palestinian people as second-class human beings.”

Warren argued that making the aid conditional can force Israel to stop expansion of its illegal settlements and incentivize a peaceful resolution to the conflict. She argued that “by continuing to provide military aid without restriction, we provide no incentive for Israel to adjust course.”

In the past, president Joe Biden has rejected the idea of conditional aid to Israel, even calling it bizarre.