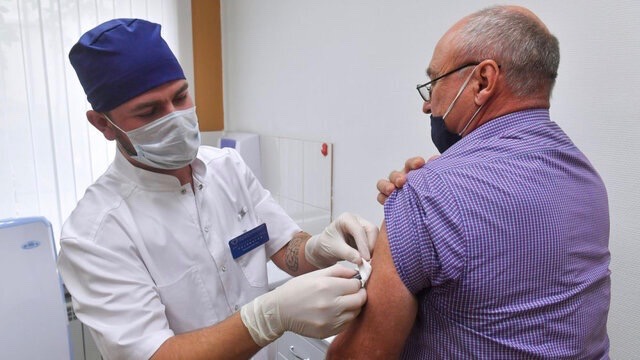 In yet another attempt to highlight the human suffering caused by US sanctions, scores of human rights and grassroots organizations called on the Joe Biden administration on Wednesday, April 21 to lift all sanctions against Iran. The open letter signed by over 40 organizations pointed out that the sanctions have obstructed the flow of critical humanitarian goods and medicine to Iran, making its fight against COVID-19 difficult.

Iran, one of the worst COVID-19 affected states in the world, is currently facing a devastating fourth wave of the pandemic. The open letter reminds president Biden of his promise made during the electoral campaign last year to “offer what relief we can to those nations hardest hit by” the virus, “including Iran.” The letter asks him to take immediate measures to deliver on this promise.

Iran has recorded more than 68,000 deaths and over 2.3 million cases of infection so far. In its fourth wave, it has recorded much higher numbers of COVID-19 infections than before. On Thursday, it recorded a total of over 24,000 new cases, with 453 deaths. In its previous peak in November last year, it had recorded only 13,000 fresh cases. Though the daily death rate has not yet reached its previous peak, it is expected to reach it soon given the high number of cases.

The letter emphasized that “despite international calls for relief last year,” the Trump administration “chose to escalate sanctions rather than ease them,” and that “president Biden must take a different approach.”

The signatories of the letter include CODEPINK, J Street and People’s Health Movement-USA, among others.

"Regular" sanctions are horrific enough. Maintaining sanctions on Iran as they face another wave of COVID-19 is downright diabolical.

Iran has only been able to vaccinate 0.2% of its total population fully so far, despite starting a national vaccination program in February. Only slightly over 300,000 Iranians have got at least one dose of the vaccine till now. The Iranian foreign ministry has maintained that the country has been facing issues with methods of payment to vaccine producers due to the sanctions imposed by the US. Iran has been lagging in vaccinations due to shortage of doses despite help provided by China.

It recently signed a deal with Russia to buy 60 million doses of the Sputnik V vaccine. However, it will receive the doses in stages until the end of the year, Tehran Times reported.

Progress made at Vienna

Hopes of an end to the sanctions regime have brightened recently after the remaining signatories of the Joint Comprehensive Plan of Action (JCPOA), or the Iran nuclear deal, met in Vienna early this month and started an indirect negotiation with both Iran and the US. However, nothing concrete has been achieved yet.

Nevertheless, on Thursday, there were reports in the US media about the Biden administration’s willingness to lift some crucial sanctions on Iran’s central bank. On Friday, talking to the reporters, Major General Kenneth McKenzie, head of the US Central Command, said that “Iran has done nothing that is irreversible.” He is the first major US official who has publicly agreed with the Iranian position, which raises hopes for an early revival of the nuclear deal.