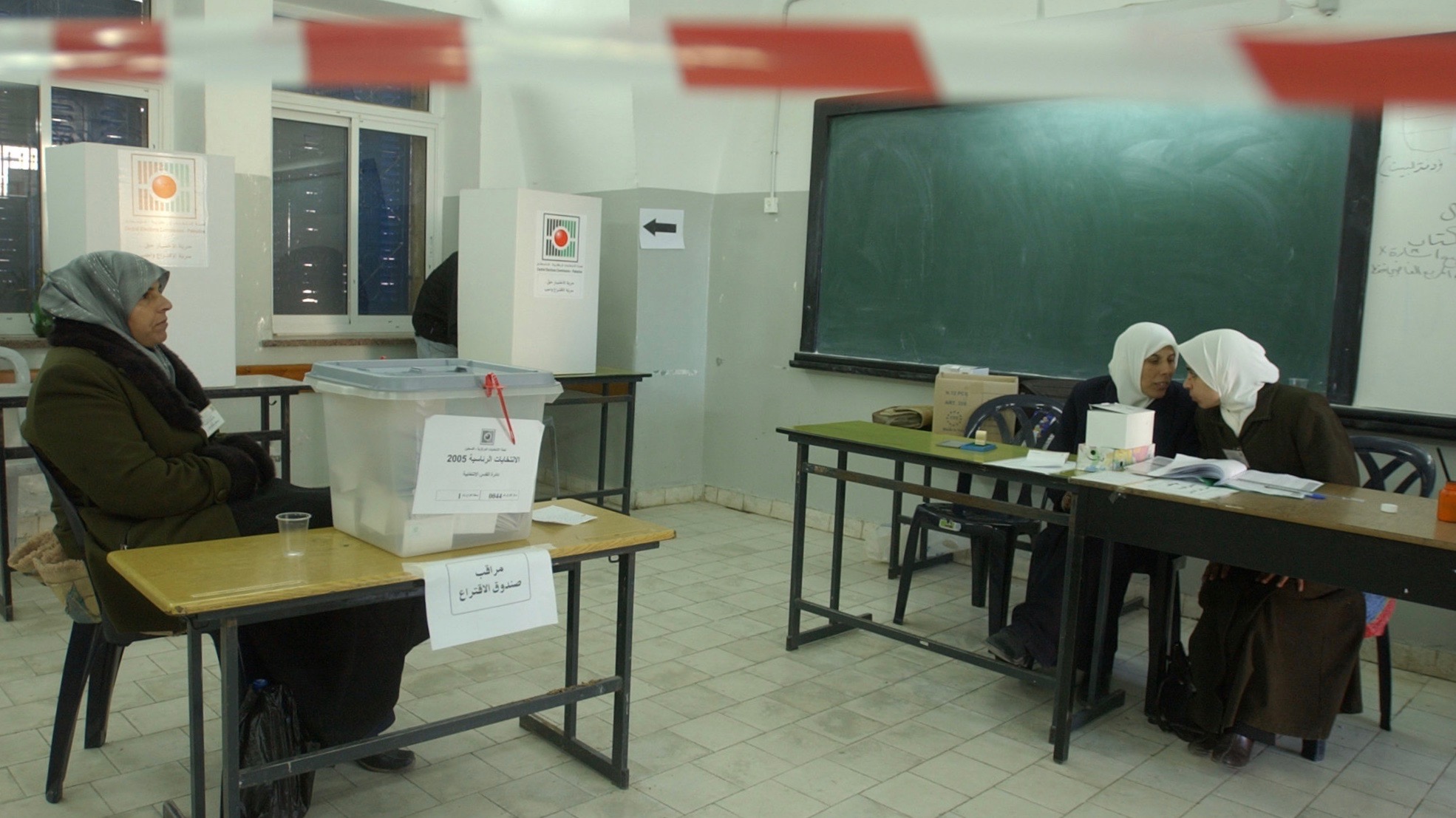 Elections that were scheduled to be held on May 22 in the occupied Palestinian Territories (oPT) may be postponed. The delay in the first elections in 15 years is likely due to Israel’s refusal to allow Palestinian residents of occupied East Jerusalem to vote. Egyptian officials quoted in a report by Al Araby news outlet on Tuesday, April 27, disclosed that the Palestinian Authority (PA) had briefed them on the decision made in closed-door talks between the two sides. It will reportedly be publicly announced on Thursday in a cabinet meeting which will include all the Palestinian political factions in the three territories of West Bank, East Jerusalem and Gaza. A Palestinian government official close to PA president Mahmoud Abbas, Nabil Shaath, had last week echoed the Egyptian statements, saying it is “very likely that the electoral process will be postponed.”

An Egyptian diplomat and an Egyptian intelligence official on condition of anonymity said that the decision was reached after last-minute talks between Israel and Egypt failed to deliver a compromise on allowing Palestinian residents of East Jerusalem to vote. President Abbas had declared earlier in the week that there will be no general elections in Palestine without East Jerusalem’s participation, calling it a “red line”.

In a statement published by the official WAFA news agency last Sunday, Abbas said that “Jerusalem is a red line, and we won’t accept any harm to it. We affirm that we will not accept under any circumstances that the general elections be held, without allowing East Jerusalemites to cast their votes, run as electoral candidates and hold electoral campaigns.” He also urged the international community, especially the US, UN, EU, Russia and China, to put pressure on Israel to allow Palestinians in East Jerusalem to participate in the elections – in line with the past agreements between Palestinians and Israel, such as the Oslo Accords of 1993.

An estimated 150,000 Palestinian residents of East Jerusalem can vote in the general elections without Israel’s permission, according to the Palestinian information commission. However, around 6,000 Palestinians living in occupied East Jerusalem require Israeli permission since they have to submit their ballots through Israeli post offices. While this number is small, Palestinians, irrespective of political affiliation or ideology, believe that the issue holds immense symbolic significance not just for these elections, but also for the broader Palestinian cause. They believe that going ahead with the elections in May and the subsequent presidential election in July will amount to surrendering to Israeli claims of sovereignty over the eastern part of the city.

According to UN security council resolutions, numerous peace plans and most of the wider international community, the city of Jerusalem is a disputed territory. The eastern part of the city is supposed to be the capital of an independent, viable and contiguous Palestinian state under any future two-state solution. International law calls for Israel to withdraw to the pre-1967 borders and hand over the territories of occupied West Bank, East Jerusalem and Gaza to Palestinians for the purpose of a Palestinian state. Israel took control of these areas after it won the 1967 six-day war, and has annexed large parts of the West Bank and East Jerusalem to build illegal settlements over the years.

Israel has already resorted to disruptive moves to influence the Palestinian electoral process in recent months, with intelligence services and security forces arresting several potential candidates and leaders belonging to the Palestinian resistance group Hamas, among others. They also reportedly issued warnings and threats to others to not contest or participate in the elections in other ways. Israel had similarly tried to interfere with and obstruct the last Palestinian elections held in 2006 with actions such as mass arrests of candidates and leaders in the West Bank, particularly those belonging to Hamas in its attempt to prevent the group from winning.

Israel has not yet made any statements regarding whether it will allow East Jerusalemites to vote in the coming elections or not. It considers the entire city of Jerusalem as the “eternal and undivided capital of the state of Israel”, in clear violation of international law and various agreements it has signed in the past. The UN and several EU members have in recent weeks urged Israel to allow Palestinians in East Jerusalem to participate in the elections in a free and fair manner.