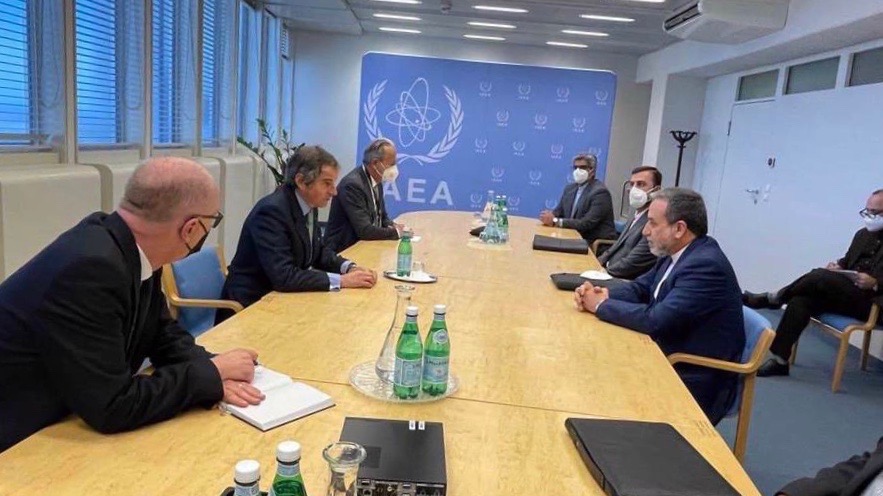 On Monday, May 24, Iran and the International Atomic Energy Agency (IAEA) agreed to extend by another month a three-month monitoring agreement signed in February this year. Addressing a news conference after the agreement, IAEA director general Rafael Grossi told media persons that “the equipment and the verification and the monitoring activities we agreed (on) will continue as they are now for one month, expiring then on June 24,” Reuters reported.

Raising some concerns on Sunday, speaker of Iranian parliament Mohammad Baqer Qalibaf had said that the IAEA will no longer be able to access images of Iranian nuclear sites as its monitoring agreement with Iran for the same had expired.

“From May 22 and with the end of the three-month agreement, the agency will have no access to data collected by cameras inside the nuclear facilities agreed under the agreement, ” Qalibaf told the parliament on Sunday, Iranian PressTv reported.

Several conservative members of the Iranian parliament had also demanded the deletion of all photographic records of nuclear plants kept so far. However, media organizations quoting unnamed Iranian officials had speculated that the deal may be renewed for a month. Following the reports, IAEA head Grossi postponed his proposed press conference yesterday.

The IAEA and the Iranian government had signed a three-month deal in February according to which the UN nuclear body was allowed to access satellite images and camera footage of Iranian nuclear sites. The agreement was signed after the Iranian parliament passed a law in December last year asking most of the IAEA inspectors to leave the country. The law was passed after Iran’s famous nuclear scientist, Mohsen Fakhrizadeh, was assassinated in November. It was also a counter move against the US withdrawal from the Iran nuclear deal and the imposition of sanctions against Iran.

Under the Joint Comprehensive Deal of Action (JCPOA) or the Iran nuclear deal in 2015, Iran had opened all its nuclear sites for international inspection in return for the lifting of all international sanctions against it. However, former US president Donald Trump withdrew from the deal in 2018 and imposed crippling unilateral sanctions against Iran.

Iran breached limits on nuclear stockpile and level of enrichment under the JCPOA following failure of the European signatories of the deal to take effective measures to counter the US sanctions. The law tasks Iran’s Atomic Energy Organization not to enrich uranium beyond 20%.

The Iranian government had signed the three-month deal with the IAEA in February hoping that the US would lift all sanctions and re-join the nuclear deal under the new administration of president Joe Biden, who had promised the same during his election campaign.The remaining signatories of the JCPOA have been engaged in mediating indirect talks between Iran and the US for months now in Vienna.

Talking to media persons after the extension of the agreement on Monday, Iranian ambassador to the IAEA, Kazem Gharibabadi, urged the JCPOA signatories to use the opportunity and “lift all sanctions on Iran in a practical and verifiable manner.”

After coming to power in January, the Biden administration had refused to lift the sanctions, asking Iran to first reverse its breaches under the JCPOA. Following interventions from other signatories, indirect talks between Iran and the US began in Vienna in March. Despite positive signs from both sides, there has been no concrete development in the talks so far. Iranian president Hassan Rouhani said on Sunday that the talks in Vienna will continue until a final agreement is reached.