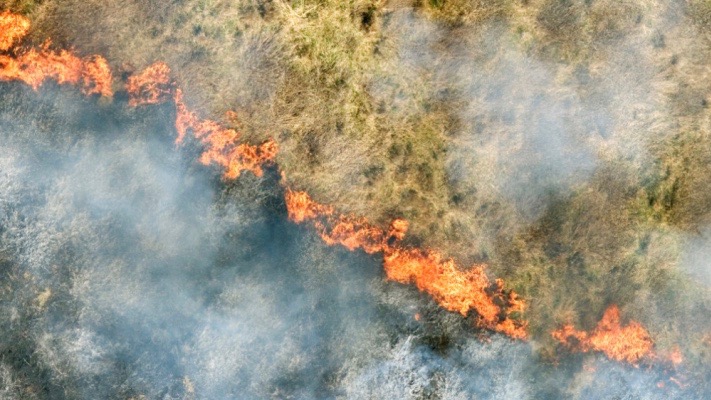 A report by the United Nations’ Intergovernmental Panel on Climate Change (IPCC) published on Monday, August 9 concluded that the world cannot avoid the devastating consequences of climate change as its pace has now reached an unprecedented level. Though the report mentions that there still is a window of opportunity to avoid some aspects of the predicted devastation, it will require political will to drive a global collective effort to take immediate actions to cut global emissions.

The report is the first major study on climate change since 2013 and the most comprehensive till date. It has been prepared by 234 scientists from 66 countries and is based on more than a thousand scientific studies conducted in different parts of the world.

The report clearly states that “it is unequivocal that human influence has warmed the atmosphere, ocean and land.” It claims that ever since industrialization began in the mid 18th century with the burning of coal, oil and other fossil fuels, the emission of carbon dioxide and other greenhouse gases has increased in the atmosphere, leading to global warming.

“It has been clear for decades that the Earth’s climate is changing, & the role of human influence on the climate system is undisputed,” said #IPCC Working Group I Co-Chair Valérie Masson-Delmotte on the #IPCC’s #ClimateReport, released today.

According to the report, the world has already warmed by 1.1 degree Celsius since the 19th century. Therefore, in spite of any corrective actions now, the existing carbon dioxide and other greenhouse gases will keep on warming the earth for the next three decades even if sharp cuts in global emissions are implemented. This means that natural disasters – excessive rains and flooding in some parts and droughts, heatwaves and wildfires in others – will continue. Melting ice in the Arctic and Antarctic will continue for at least a century and sea levels will keep on rising for the next 2,000 years.

If the world fails to take immediate action by the year 2100, the global temperature would be 3 to 5 degree Celsius higher than the pre-industrial phase, with catastrophic consequences for earth and its residents. If we take radical measures now and cut global emissions, the rise in global temperature could be restricted to 1.5 degree Celsius by 2050 or even below that level.

However, if we fail to do anything radical, the rise in temperature would cross 1.5 degree Celsius by 2030, a decade earlier than IPCC’s previous prediction of a similar rise by 2040.

The evidence is irrefutable: greenhouse gas emissions are choking our planet & placing billions of people in danger.

Global heating is affecting every region on Earth, with many of the changes becoming irreversible.

We must act decisively now to avert a climate catastrophe. https://t.co/TQlgp1D9AV

Several other leaders and climate activists reacted to the report and called for immediate global action.

The United Nation Climate Change Conference (COP26) is scheduled to be held in November this year in Glasgow, considered to be the most important international gathering on climate change after COP21 in Paris in 2015.

Mapping Faultlines: How Close Are We to Nuclear Annihilation?
RECENT ARTICLES