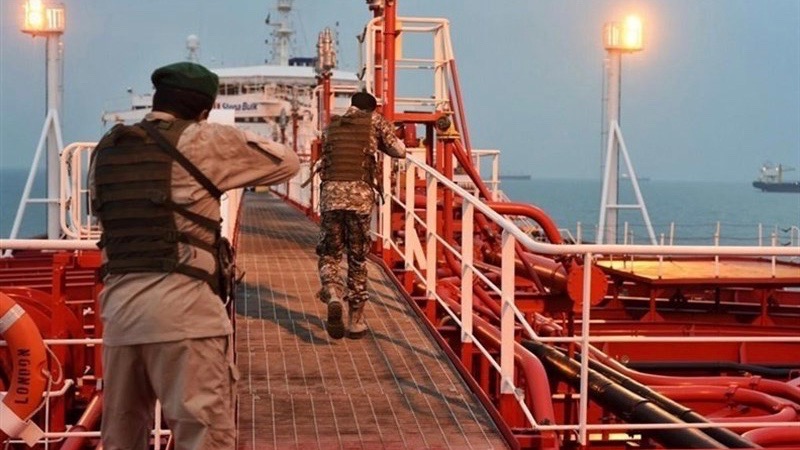 On Wednesday, November 3, Iran’s Islamic Revolution Guards Corps said it had thwarted an attempt by US forces to steal oil from an Iranian ship in the Sea of Oman near the Persian Gulf, the Tasnim News Agency reported.

The report claimed that IRGC forces air-landed on a large Iranian tanker that was confiscated by the US navy to rescue it. The US navy was trying to transfer its oil to another tanker headed to an unknown location. The rescued ship was then taken to Iranian territorial waters under the IRGC navy’s watch.

Iran’s state TV claimed that the US navy unsuccessfully tried to stop the Iranian ship from entering its territorial waters following their failure to steal the oil. The US fifth fleet based in Bahrain neither confirmed or denied the news, reported Reuters.

Meanwhile, several people took to Twitter calling the attempt to seize the Iranian tanker another unnecessary provocation by the US government.

Things were getting dull, so the US Navy this morning tried to seize an Iranian oil tanker in the Sea of Oman. The Iranian Navy stopped them & the ship is now in Iranian waters. Yet another Biden provocation! More details to come. From Iran’s PressTV: https://t.co/VkZBAJjEKV pic.twitter.com/WO5hkfI4Bj

The Sea of Oman links the Arabian sea to the Strait of Hormuz and the Persian Gulf, which is the world’s busiest route for energy exports.

Iran has previously claimed that its forces have thwarted several such attempts at piracy in the region. It has issued several warnings against the US navy’s activities in the Persian Gulf region in the past. On several occasions, both the navies have had close encounters as well. Iran has also accused Israel, a close US ally, of attacking Iranian ships in the region on many occasions.

The US has been accused of stealing Iranian oil on multiple occasions. Last year, the US had threatened to confiscate Iranian ships carrying oil to Venezuela. The move failed after Venezuela sent its warships to escort the Iranian tankers.

In order to justify the sanctions, the US cites its unilateral sanctions that were imposed since the Donald Trump administration withdrew from the Joint Comprehensive Plan of Action (JCPOA) or the Iran nuclear deal in May 2018. The sanctions prevent the sale of Iranian oil in the international market. AP reported in May that the US sold around two million barrels of Iranian oil stolen from MT Achilleas near the UAE coast.

Though Trump’s successor Joe Biden had promised to re-join the JCPOA and negotiations are ongoing in Vienna between Iran and remaining signatories of the 2015 deal, the sanctions are still in place.