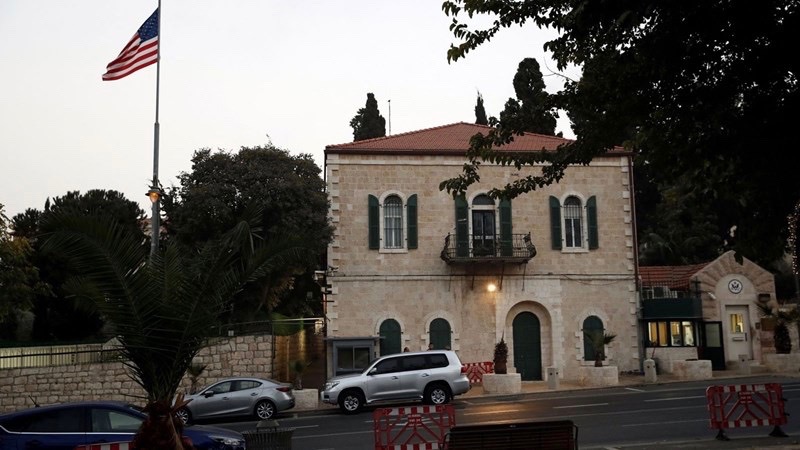 Palestinians across the political spectrum criticized the declaration by Israeli prime minister Naftali Bennett and foreign minister Yair Lapid that there is no place for a US consulate in occupied East Jerusalem. The Israeli leaders had on Saturday, 6, November expressed their opposition to the plan to set up a US consulate for Palestinians in the city, claiming that “Jerusalem is the capital of the State of Israel only.” The Palestinian foreign ministry also issued a statement asserting that as an occupying power, Israel has no “right to veto the US administration’s decision.”

Claiming that reopening of the consulate will create pressure on Israel to acquiesce to global demands, the Palestinian foreign ministry urged the international community to “take the lead in respecting its obligations and assume its legal and moral responsibilities towards the occupation and settlements, and stop its miserable bets on the Israeli government.”

The spokesperson for Palestinian Authority (PA) president Mahmoud Abbas, Nabil Abu Rudaineh, underlined that Israeli attempts to prevent the reopening of the consulate established in 1844 is a continuation of its policy of “unilateral measures such as the internationally condemned settlements, along with the policy of killing and destruction, land grabs, and the expulsion of the Palestinian population from their homes,” Wafa news agency reported.

On Saturday, Bennett and Lapid held a joint press conference in which they opposed the US proposal, saying that such a move will violate Israeli sovereignty over the city. Bennett also added that Israel has no objection if the US opens its consulate in Ramallah, headquarters of the PA in the occupied West Bank. Rudaineh rejected the proposal, saying that “Palestinian leadership will accept nothing but a reopening of the US consulate in the occupied Jerusalem, the capital of state of Palestine.”

US president Joe Biden, during his election campaign, had promised that if elected, he would reopen the consulate and re-establish diplomatic ties with Palestinians. However, it has been almost a year since he assumed power and his administration has failed to deliver on this crucial promise.

Several Palestinians took to social media and expressed their anger at the Israeli objections, and the US reluctance to pressure its closest ally. Some of them also highlighted that reopening of the consulate in Jerusalem would be a crucial sign of US support to a two-state solution.

The US consulate in East Jerusalem, which had served as the de facto embassy in Palestine, was shut down in March 2019 by then president Donald Trump, who recognized Jerusalem as the capital of Israel and shifted its embassy from Tel Aviv to the city. This marked a shift from the long-term US policy of treating East Jerusalem as an occupied territory. Trump had also shut the PA’s office in Washington DC and stopped all financial assistance, following which, the PA had severed its diplomatic ties with the US.

East Jerusalem was occupied by Israel in the 1967 war, along with other Palestinian territories of West Bank and Gaza. In complete violation of international laws, Israel has since gradually annexed it, calling it the “eternal capital” of Israel. The international community does not recognize Israeli sovereignty over East Jerusalem. Palestinians claim it to be the capital of their future state.