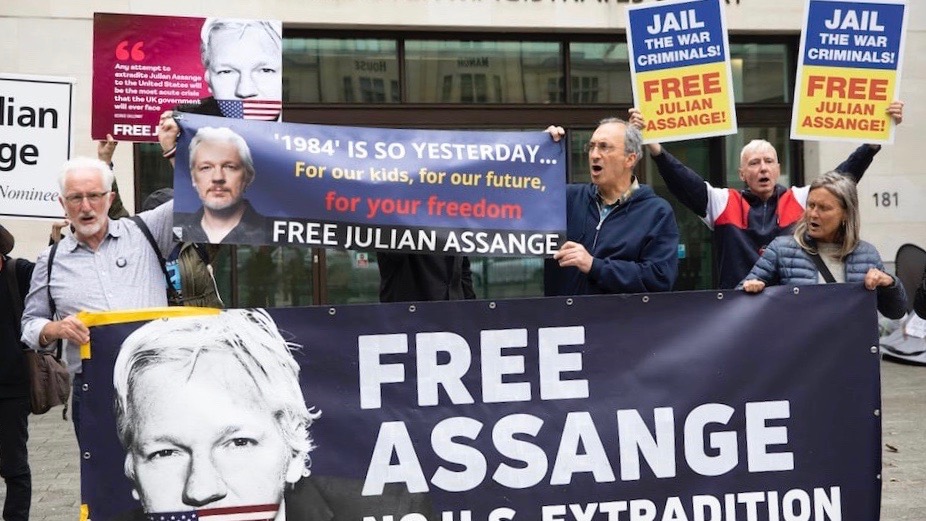 The Progressive International (PI), in collaboration with several like minded organizations, will organize the second Belmarsh Tribunal in New York on February 25. It announced the decision in a press release on February 14.  The Tribunal seeks to hold the US government accountable for its war crimes in the two decades of the so-called war on terror and also push for WikiLeaks founder Julian Assange’s release.

The first Belmarsh Tribunal was organized in London during Assange’s extradition hearings in October last year. It is named after the infamous prison in London where Assange has been kept for almost three years.

The upcoming Belmarsh Tribunal in New York coincides with with the date of the opening of the Guantanamo Bay detention facility by the US in occupied parts of Cuba 20 years ago. Hundreds of people were imprisoned and systematically tortured in the name of fighting terrorism. Most of them have never been charged with any crime.

20 years of torture, completely unaccountable. 12 years of persecution against the organisation exposing the abuses, @wikileaks 11 years of arbitrary detention of the publisher who expose the systematic failures of wars led by USG, #JulianAssange Join @ProgIntl #BelmarshTribunal pic.twitter.com/2IhIxAqzya

Though there is no formal charge against Assange in the UK, he is being kept in prison as the US government has filed for his extradition. If extradited to the US, Assange will be tried for 17 charges under the infamous Espionage Act and if found guilty, he could be in prison for life.

The co-hosts of the event are DiEM25, Courage Foundation, The People’s Forum, DSA International Committee, The Intercept, International Peoples’ Assembly, and Peoples Dispatch. According to the press release issued by the PI, the event would be chaired by philosopher Srećko Horvat and civil rights attorney Margaret Kunstler with a long list of witnesses from various walks of life including former diplomats, journalists and whistleblowers like Alice Walker, Angela Richter, Noam Chomsky, Roger Waters and Vijay Prashad, among others.

The Belmarsh Tribunal underlines how WikiLeaks and its founder Julian Assange, with crucial help provided by Chelsea Manning, played an important role in exposing the details of the inhuman conditions in which detainees were kept at Guantanamo and tortured. These details published by WikiLeaks helped some ex-prisoners achieve some form of redressal.

As Chomsky noted, the crimes committed by successive US governments against the people of Cuba and during the so-called war on terror in the last twenty years “cannot be forgiven” and events such as the Belmarsh Tribunal can pave the way for accountability because “power begins to evaporate when exposed to sunlight.