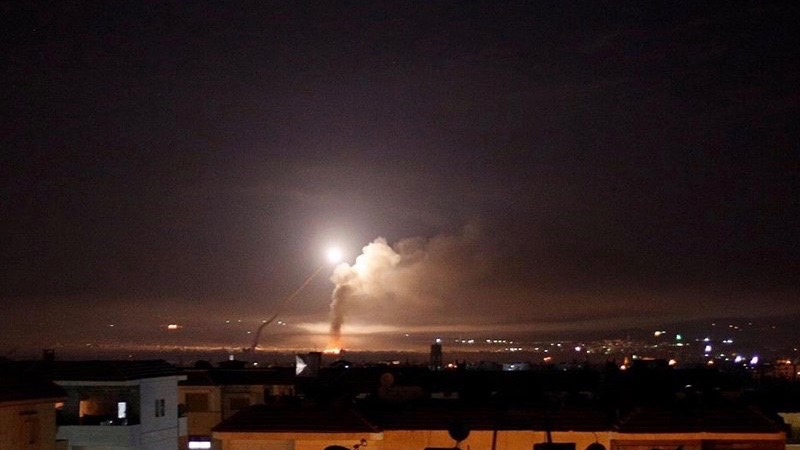 At least three Syrian soldiers were killed in an unprovoked Israeli missile attack near Damascus on Thursday, February 24, Syrian Arab News Agency (SANA) reported. Similar attacks were carried out on Wednesday in the Quneitra province near occupied Golan, which caused some material damage.

The attacks were acknowledged by the Israeli forces, who claimed that they had given a warning to the Syrian forces to not collaborate with Lebanese resistance group Hezbollah, Times of Israel reported.

Israel claims that Hezbollah is a threat to its security as it is opposed to the Israeli occupation of Palestine, and has been supportive of the Syrian government led by Bashar al-Assad. During the decade-long war in Syria, Hezbollah provided crucial ground support to the government facing the threat of takeover by extremist groups.

According to SANA, the missiles were fired at around 1 am on Thursday morning from the direction of lake Tiberius, across the occupied Golan Heights. Some of the missiles were intercepted and destroyed by the Syrian air defense.

Several commentators took to social media to criticize Israel’s unprovoked aggression in Syria. Some also drew comparisons between the media coverage of Russian aggression in Ukraine and the Israeli aggression in Syria, alleging that the mainstream media is deliberately ignoring Israeli war crimes in the region.

Israel, yet again, is bombing Syria. Find that story anywhere in the Western media. Fiery rhetoric by foes of US causes more consternation than brutal bombing and war crimes by Israel and Gulf clients of the US.

Israel has carried out hundreds of unprovoked air and missile strikes inside Syria since the war in the country began in 2011. Hundreds of civilians as well as Syrian armed forces personnel have been killed in such attacks. Most of these attacks are carried out violating Lebanese air space.

Israel rarely acknowledges such attacks. On the rare occasions when it does, it claims them to be defensive operations against Iranian and Hezbollah bases. Israel claims that Iran is building bases in Syria that can be used to threaten Israeli security. Both the Syrian government and Iran have denied these Israeli claims. Iranian presence in Syria is related to its support for the Bashar al-Assad government against the rebels.

The Syrian government has claimed that Israeli attacks inside the country are motivated towards helping the rebel forces and prolonging the war in the country. Both Syria and Lebanon have filed several complaints in the UN against Israeli violations of their sovereignty as well as international laws. The UN has failed to take any steps to address these concerns yet.