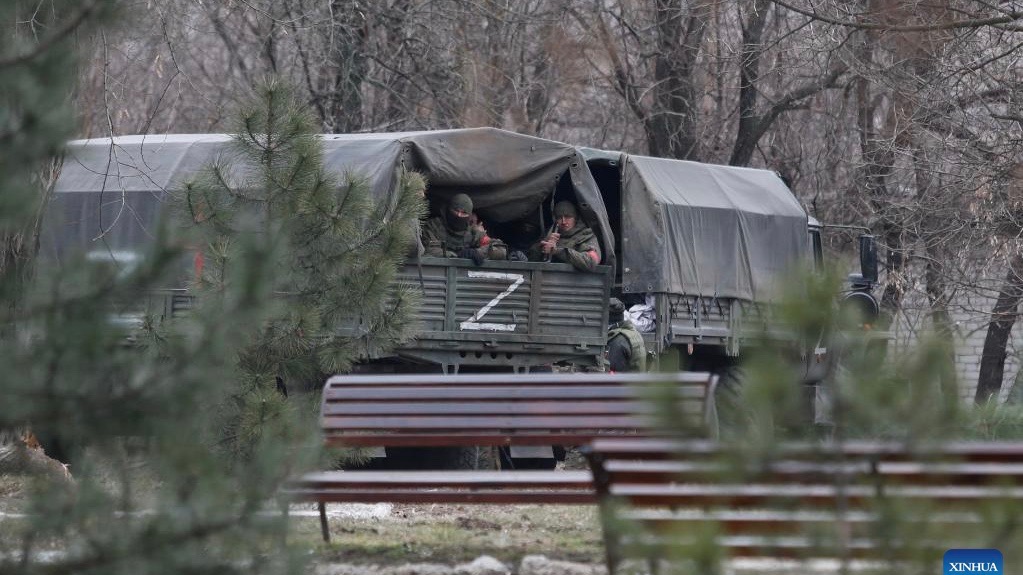 It has been a month since Russia announced its “special military operation” in Ukraine on February 24 to liberate the self-declared republics of Donetsk and Luhansk in Ukraine and “denazify” them. The war has led to numerous political developments, some of which are unprecedented in world history.

According to the UN, in the one month of the Russian offensive in Ukraine, 1,035 civilians have been killed and 1,650 have been injured. This includes people who have been killed in areas controlled by the rebels in the Donbass region.

However, these numbers are disputed by the Ukrainian authorities who claim that this is a conservative figure and that the actual number of people killed is over 3,000.

The number of armed forces personnel killed on both sides is also uncertain as neither side gives factual data. Ukrainian president Volodymyr Zelensky claimed earlier this month that a total of 1,300 servicemen from his country were killed in action. Russians have claimed that the number was over 2,800. Russia has accepted that around 500 of its forces were killed until the first week of March.

On the other hand, NATO claims that anywhere between 7,000 to 15,000 Russian soldiers have been killed in Ukraine in the first month of the offensive. According to the Ukrainian military, the number is 15,800. However, none of these figures can be confirmed as Russia has not issued the exact number of deaths. Meanwhile, these unconfirmed numbers are being widely used for propaganda.

Both sides have accused each other of violating agreements over humanitarian corridors to provide safe passage to people trapped in war zones, such as in Mariupol and Kiev. The Russian forces have declared a unilateral ceasefire on several occasions to facilitate the evacuation of people from these cities, which has helped thousands of people reach safety. Ukraine has however several times refused to adhere to such concessions.

Mainstream racism and issue of refugees

The West, which refused to accept Russian claims regarding the presence of neo-Nazi groups in Ukraine in the early phases of the war, has gradually accepted their presence but seems to be condoning their activities. Neo-Nazi groups have reportedly been using civilians as human shields against Russian advances at several places. They have also used the war to abuse people from Africa and India by not allowing them to leave the country, and are also responsible for the persecution of Romas and other minority groups. The western media has either ignored these events or called them “Russian propaganda”.

Meanwhile, several individuals, as well as governments across Europe and in the US, have exposed their racist outlook during the course of the war in the last one month. Reporters have compared the victims of war in Europe to the victims of war in Iraq and other places, claiming that Ukrainians deserve attention because they are “blue eyed and [have] blonde hair.” Several government representatives have also made similar utterances.

Numerous reports of double standards when dealing with refugees have emerged as people of a certain color and race are welcomed and others are discriminated against by officials and charity organizations in Ukraine’s neighboring countries. This has forced United Nations High Commissioner of Refugees chief Filippo Grandi and UN Secretary General Antonio Guterres to issue formal statements of condemnation.

As per the UN, more than 3.7 million people have become refugees due to the war and nearly the same amount of people have been internally displaced. Ukrainians who have left the country are mostly taking shelter in neighboring countries in the west and in Russia, with Poland being the largest recipient. EU countries that are receiving Ukrainian refugees despite their hostile approach towards refugees from other parts of the world have been criticized for their double standards. However, some of them are now showing a level of fatigue, claiming that the number of people seeking refuge is overwhelming.

Threat of escalation beyond Ukraine

Even after witnessing the humanitarian crisis and large-scale destruction caused by the war, most western countries have refused to address the core concerns raised by Russia. They have refused to accept that Ukraine will not be a member of NATO, a major security concern for Russia. Last week, Russia had explicitly underlined that it is seeking to establish a “peaceful, neutral and friendly state [in Ukraine]” and peace can be achieved after Ukrainians accept these terms. However, both Zelensky and NATO members have refused to make any assurances.

Instead, NATO members, including the US, have taken steps to further provoke Russia. US president Joe Biden, who is attending a meeting of EU leaders in Brussels, is planning to visit the Ukrainian border. He has also called Russian president Vladimir Putin a “war criminal” and vowed to increase military and financial aid to Ukraine to face the Russian threat.

War by other means

While NATO has denied Zelensky’s repeated calls for a “no-fly zone” over Ukraine, it has announced increased military deployment in Russia’s western borders and assured military support to Ukraine, provoking Russia to issue warnings. Several EU countries have supplied weapons to Ukraine as well.

Russian banks and businesses have been subjected to multiple rounds of sanctions and illegal acts of property seizures by European states and the US and its allies, such as Japan and Australia. These sanctions will cause hardships for common Russians. Meanwhile, fuel prices have risen manifold in the last week after the US and some other countries announced sanctions over energy supplies from Russia. The EU has also vowed to reduce its dependence on Russian gas and oil.

Several western companies such as Apple, McDonalds, and others have stopped doing business in Russia. The Russian sports and cultural industry is facing several boycott measures, which Russians have called a display of double standards by the West as no such measures were ever taken to denounce the wars waged by the US and NATO in the past.

Additionally, despite their claims of being the champions of freedom of speech and expression, the EU and several other countries have issued an unprecedented ban on Russian TV channels and news portals, such as RT and Sputnik, claiming that they are spreading Russian propaganda. The move has been supported by online platforms such as Google, YouTube and Meta, which owns Facebook and Instagram, among others.

Role of the international community beyond NATO

The UN General Assembly has adopted two resolutions condemning Russia so far. The first was adopted in a special session of the general assembly on March 2. On March 24, a second resolution was supported by 140 countries. It was opposed by five countries including Russia and Ukraine, and 38 countries abstained including China and India.

The countries that abstained from voting on these resolutions have demanded NATO to listen to Russian concerns and cease its provocative acts in Eastern Europe for the sake of world peace.