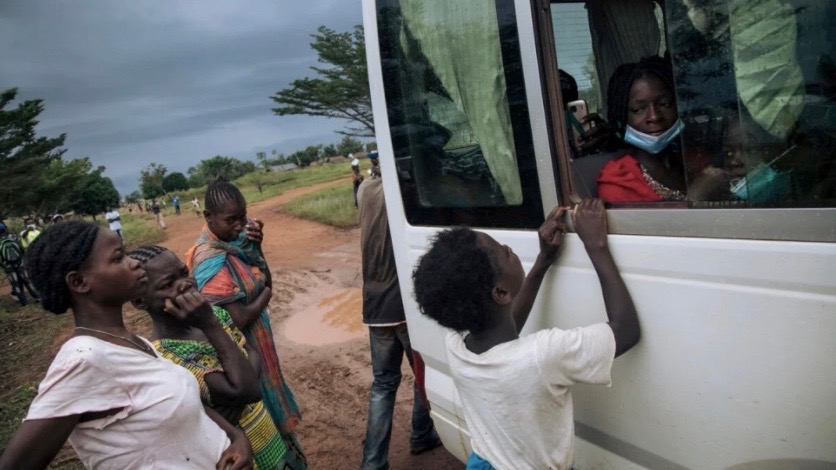 The number of forcibly displaced people in the world has crossed 100 million for the first time in human history, according to the UN High Commissioner for Refugees (UNHCR). As per the UNHCR, endemic violence by state or non-state actors, wars, conflicts and persecution are the main causes for people to become displaced.

Though the number of forcibly displaced people was already historically high before the war in Ukraine began in February this year, it has pushed the number to above 100 million for the first time.

The rising number of displaced people has made global agencies active in providing additional relief as there is a shortage of economic resources forcing millions to live in subhuman conditions and be subjected to humiliation and violence. This underscores the need for peace and stability.

Number of displaced double in a decade

The big jump in 2022 has been recorded due to millions fleeing the war in Ukraine. The Ukraine war has created around eight million internally displaced people and close to six million refugees across Europe. Though some of those displaced earlier have returned to the country’s north-west following the Russian withdrawal from the area, the majority have still not come back and a fresh set of displaced are emerging from the war in south-east Ukraine.

Majority of the forcibly displaced come from Global South

The total number of displaced people is now 1% of the global population and despite the war in Ukraine, the majority of the displaced population comes from West Asia and Africa where most of the wars and conflicts are caused by imperialist aggression or external interference. Countries such as Afghanistan, Syria, Ethiopia, Democratic Republic of Congo, Burkina Faso, Sudan, Somalia and Yemen are the major sources of forcibly displaced people.

In 2021, Ethiopia and the Democratic Republic of Congo added more than seven million to the global figure of forcibly displaced persons. Syria remained the country with the largest number of displaced people (over 13 million) before Ukraine took over in 2022. Syria is expected to once again be the most affected as a large number of Ukrainians have started moving back to their homes in the north-west of the country following the Russian withdrawal.

Peace and stability is the solution

Much of this displacement is caused by the world’s failure to address some of the long existing conflicts like the Israeli occupation of Palestine which has created and continues to create an endemic problem of refugees for several decades now. In some cases, rise in state persecution of minorities, such as the Rohingyas in Myanmar and minorities in Afghanistan, have created millions of refugees.

Despite the presence of a large number of groups and international agencies like the UNHRC, internally displaced people and refugees are forced to live inhuman and undignified lives due to lack of economic resources and political will in rich countries to support them.

Commenting on the 100 million mark, Jan Egeland, head of the Norwegian Refugee Council, underlined that “behind these numbers are families without roofs over their heads, children shut out from schools and entire communities facing starvation. We are facing an unprecedented plague of human suffering.” He emphasized the need for increased international financial support for the displaced.

Unlike Ukrainian refugees, most of the refugees from third world countries have faced discrimination and in some cases violence from the rich countries in Europe and the US while seeking shelter.

Europe’s double standards on refugee issues have been noted and highlighted by several commentators and UN agencies since the beginning of the Ukrainian crisis. However, it would be naive to hope that such criticism will lead to any significant change in these countries’ approach towards refugees.

Commenting on the fact that the number of displaced has crossed 100 million, UNHRC head Filippo Grandi acknowledged that increased humanitarian aid to people fleeing their countries and homes will provide relief. However, he emphasized that if one is thinking about reducing the numbers significantly, “the only answer is peace and stability.”

The rising numbers “must serve as a wake up call to resolve and prevent destructive conflicts, end persecution, and address the underlying causes that force innocent people to flee their homes,” Grandi said.