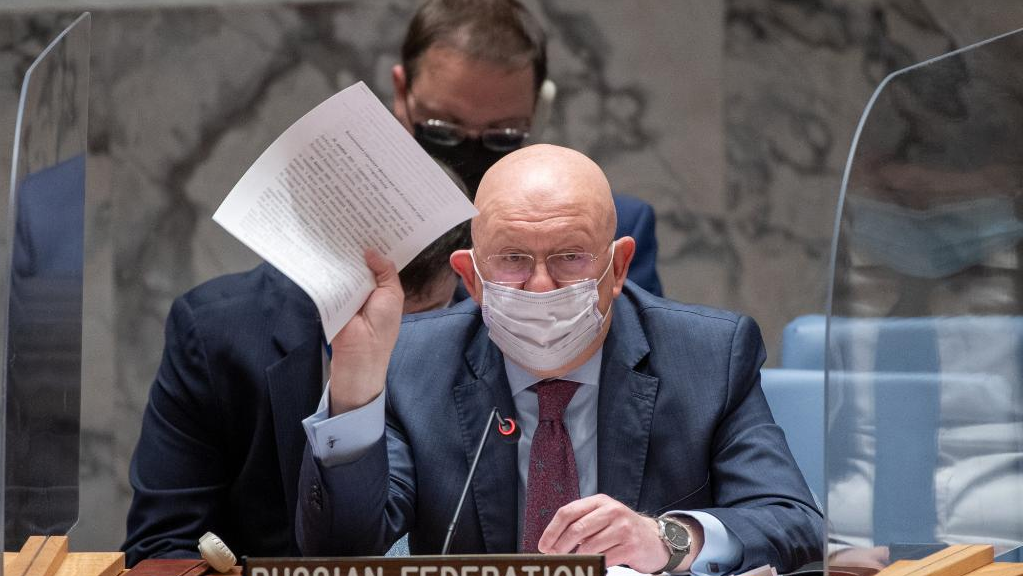 Vasily Nebenzya, Russia’s permanent representative to the UN, claimed on Wednesday, November 16, that the provocative statements made by the leadership in Poland and Ukraine were deliberate attempts to cause an armed conflict between Russia and NATO.

Speaking at a UN Security Council session on Ukraine, Nebenzya said that “the absolutely irresponsible statements made by the leadership of these two countries cannot be perceived in any other way.”

On Tuesday night, a missile landed in Przewodow in Poland, near the border with Ukraine, killing two farmers. Immediately after news of the incident broke, Ukrainian President Vladimir Zelensky claimed that “this is a Russian missile attack on collective security!” He called it “a very significant escalation” demanding immediate NATO response.

Polish President Andrzej Duda said he was not sure about the source of the missile but that it was “most likely” Russian. The country’s foreign ministry however directly blamed Russia for the attack.

Poland is a NATO member and any aggression against it prompts a combined response from the collective security group as per article 5 of the NATO treaty signed in 1949.

Russia denied its involvement in the attack, claiming on the basis of the photos published in the Polish media that the missile was part of an S-300 missile defense system which is owned both by Russia and Ukraine.

The Associated Press contradicted the Ukrainian claim in a report which quoted three US officials unanimously. The officials claimed that the “missile was fired by Ukrainian forces at an incoming Russian missile amid a crushing” Russian salvo and was not Russian.

However, Zelensky insisted that “I have no doubt that this is not our missile. I believe that this was a Russian missile, based on our military reports.”

Nebenzya claimed that Zelensky’s statement was not “just deliberate disinformation but a conscious attempt to prompt NATO, which is waging a proxy war with Russia in Ukraine, to get involved in a direct clash with our country.”

Nebenzya also termed the Polish government’s initial response as Russophobic. He claimed that Poland had summoned the Russian ambassador and protested the attack without verifying the Ukrainian allegations.

In the UN Security Council meeting, the US and its allies Poland and the UK nevertheless criticized Russia, holding it responsible for the Polish incident. Linda Thomas Greenfield, US ambassador to the UN, claimed that “this tragedy would not never have happened but Russia’s needless invasion of Ukraine.”

Stoltenberg had also defended Ukraine by criticizing Russia for the Polish incident. He claimed that it was due to the war waged by Russia that such accidents happen.

Rosemary A DiCarlo, UN under-secretary general for political and peace building affairs, called for an end to the war, saying that “as long as it continues, the risks of potentially catastrophic spillover remain all too real.”