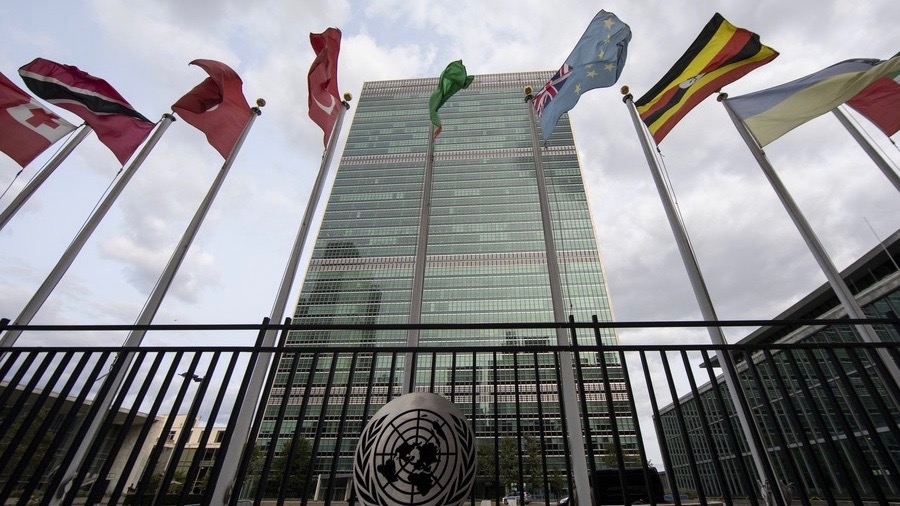 Iran has strongly condemned the UN Economic and Social Council (ECOSOC) vote on Wednesday, December 14, on a resolution to terminate its membership from the UN Commission on the Status of Women (UNCSW) for the remainder of its 2022-2026 term. Iran called the move “illegal” and argued that it is in violation of the UN charter.

The resolution drafted by the US and its allies was adopted on Wednesday by a vote of 29 against eight, with 16 abstentions, in the 54-member ECOSOC.

The resolution accuses Iran of systemic violation of women’s rights following protests in the country after the death of a 22-year-old Iranian woman, Mahsa Amini, in custody in September. It also questions Iran’s suppression of the right to dissent and using force against the protesters.

Protesters, mostly women, have criticized the role and existence of the Gasht-e-Ershad, or ‘Guardian Patrols,’ an institution that ensures the implementation of Hijab-related laws in the country. Amini had died in uncertain circumstances while in the custody of the Gasht. Most of the protesters, who raised slogans such as “women, life and freedom,” have demanded end of the Gasht, compulsory use of the Hijab, and the protection of the rights of women.

Ever since the protests began, the US, the UK, and the EU have imposed several rounds of sanctions against Iran, accusing it of using unnecessary force against protesters. Iran has called the protests “foreign backed riots” and arrested thousands of protesters. More than 200 people, including security personnel, have died in the protests so far, according to Iranian government sources. However, foreign sources have quoted a higher number.

The resolution is illegal

Speaking before the vote on the resolution, Amir Saied Iravani, Iran’s permanent representative at the UN, termed it “illegal” and against the UN charter’s principle of the sovereign equality of nations. He alleged that the US was pushing for the resolution with hostile intentions and warned that “if carried out, it would be exceedingly dangerous to the UN system integrity.”

During the vote, China, Russia, and Bolivia were among the countries that opposed the resolution, calling it illegal and an example of double standards. The resolution was supported by the US, the UK, and Israel, among others.

The Russian delegate questioned the ECOSOC’s failure to hold similar votes on the membership of the UK, France, and others, whose governments had also used brutal force to curb popular demonstrations in the recent past. He also questioned the US treatment of the Black Lives Matters (BLM) protests following the murder of George Floyd in 2020.

The UNCSW is a 45-member body established in 1946. Its members are elected for four years based on a geographical quota system and meet every year in March to discuss the status of women across the world and devise standards on gender equality and women’s empowerment.

Reacting to the resolution, Iran’s Foreign Ministry spokesperson Nasser Kanani reiterated that the “US sponsored non-consensus resolution” went counter to the UN charter and set a “wrong precedent,” IRNA reported.

He also alleged that the US had been involved in destabilizing the Iranian nation for a long time and had itself violated Iranian women’s rights through “the imposition of unilateral sanctions for several decades.”

Shortly after the vote, Zahra Ershadi, Iran’s deputy envoy to the UN, addressed the ECOSOC, condemning the US and its allies. She claimed that these countries were in no position to call themselves “women’s rights defenders when they [supported] the Israeli regime, which blatantly [violated] the rights of Palestinian women and girls,” Press TV reported.