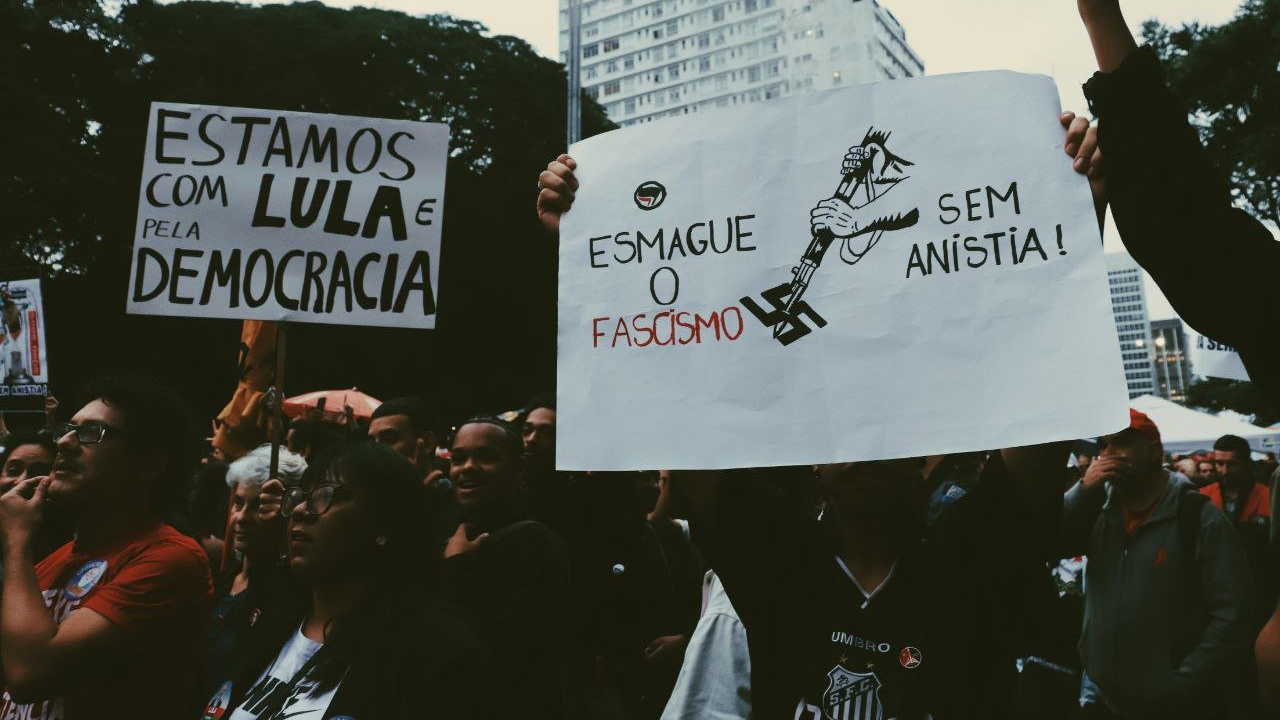 From all the excited cries echoing from the red tide that took over Brasília during Luiz Inácio Lula da Silva’s (known as Lula) inauguration as the Brazilian President on January 1, 2023, the most significant—and challenging, especially from the institutional stance of the new government—was the call for “no amnesty!” The crowds chanting those words were referring to the crimes perpetrated by the military dictatorship in Brazil from 1964 to 1985 that still remain unpunished. Lula paused his speech, to let the voices be heard, and followed up with a strong but restrained message about accountability.

Lula’s restraint shows his respect for the civic limitation of the executive, standing in sharp contrast to former Brazilian President Jair Bolsonaro’s notion of statesmanship. After all, one of the characteristics that allow us to properly qualify “Bolsonarismo” as fascism is the deliberate amalgamation between the institutional exercise of power and counter-institutional militancy. As a president, Bolsonaro went beyond mixing those roles; he occupied the state in constant opposition against the state itself. He constantly attributed his ineptitude as a leader to the restrictions imposed by the democratic institutions of the republic.

While Bolsonaro projected an image of being a strongman in front of cameras, which eventually helped him climb the ladder of power, he maintained a low profile in Congress and his three-decade-long congressional tenure is a testament to his political and administrative irrelevance. His weak exercise of power revealed his inadequacy as a leader when he finally took over as president. Bolsonaro catapulted to notoriety when he cast his vote for impeaching former President Dilma Rousseff in 2016.

Before casting his vote, Bolsonaro took that opportunity to pay homage to Colonel Carlos Alberto Brilhante Ustra, “convicted of torture” during the military dictatorship, whom he jestingly referred to as “the dread of Dilma Rousseff!”; Ustra was responsible for systematically torturing the former head of state when she, then a young Marxist guerrilla, was jailed by the dictatorship. From that day until Bolsonaro’s last public appearance—after which he fled the country to make his way to Orlando, Florida before Lula’s inauguration—the only opportunity he ever had to stage his electoral persona was by instigating his supporters through incendiary speeches. That combination led to an impotent government, run by someone who encouraged his supporters to cheer for him using the ridiculously macho nickname “Imbrochável,” which translates to “unfloppable.”

By endorsing the need for accountability while respecting the solemnity of the presidency and allowing people to call for “no amnesty,” Lula restores some normality to the dichotomy that exists between the representative/represented within the framework of a liberal bourgeois democracy. A small gesture, but one that will help establish the necessary institutional trust for fascism to be scrutinized. Now, the ball is in the court of the organized left; the urgency and radicality of the accountability depend on its ability to theoretically and politically consubstantiate the slogan “no amnesty.”

No amnesty for whom? And for what? What kind of justice should be served to the enemies of the working class? To the former health minister who, claiming to be an expert in logistics, turned Manaus, the capital city of Amazonas into a “herd immunity test laboratory” to deal with a collapsing health care system during the peak of the COVID outbreak in Brazil; To the former environment minister who sanctioned the brutal colonization of Indigenous lands by changing environmental legislation; To a government who supported expanding civilian access to army-level weaponry; To the national gun manufacturer who endorsed such political aberration and promoted weapons sale; To the health insurance company that conducted unconsented drug tests on elderly citizens, while espousing to the motto, “death is a form of discharge”; To Bolsonaro himself, who among so many crimes, decided to repeatedly deny science and advertisehydroxychloroquine and azithromycin as cures to COVID-19; To the chancellor who used the Itamaraty (Brazil’s equivalent of the US State Department) to intentionally marginalize Brazil in the international community; To the media owners who endorsed or tolerated all that misanthropy, whitewashing fascist rhetoric, and offered a megaphone for amplifying racism, sexism, LGBT phobia, and, underlying them all, the brutal classicism.

The list goes on. There are so many crimes, so many delinquent individuals and corporations, and so many victims—starting with the deaths of innocent people because of COVID and the trauma suffered by their families and spreading to all vulnerable populations: Indigenous people, the Black population, Maroons, and LGBTQIA+—that a dedicated agency to investigate and prosecute them all is necessary. Perhaps the substance we must inject into the cry for “no amnesty” is the establishment of a special court. As suggested by professor Lincoln Secco, that should be the Manaus Tribunal, named after the city that was used as a testing ground for Bolsonaro’s anti-vax propaganda, where patients were left to die at the height of the COVID pandemic. And hopefully, the Manaus Tribunal, observing all the rites, all the civility, and all the legal requirements will be capable of bringing about the historic outcome the Constitutional Assembly of 1988 fell short of delivering: close the doors of Brazilian institutions to fascism, forever.

Gabriel Rocha Gaspar is a Marxist Brazilian activist and journalist, with a master’s degree in literature from the Sorbonne Nouvelle Paris 3 University. For five years, he was a reporter at the French public radio RFI, while also working as a foreign affairs correspondent for several Brazilian media outlets. Currently, he is a columnist at Mídia Ninja.