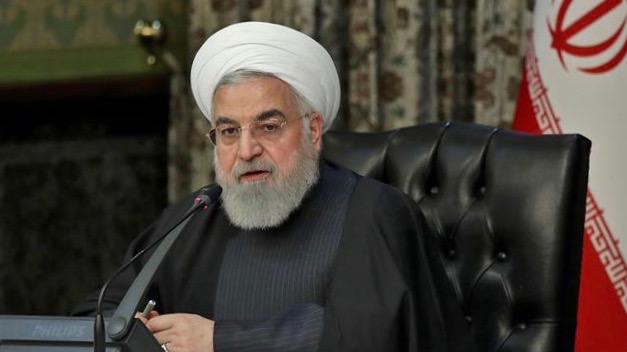 The US is prepared to block the International Monetary Fund (IMF) from providing an emergency loan to Iran, which is battling a severe outbreak of COVID-19. Officials working with the Trump administration were quoted by several media organizations, including Bloomberg and CNN, as making statements to that effect on April 9, Thursday.

Iran had urged the IMF on Thursday to expedite a USD 5 billion loan to help fight the COVID-19 crisis. Iran is one of the worst affected countries, with more than 66,000 confirmed cases and over 4,000 deaths.

Iran applied for the loan last month under IMF’s Rapid Financing Initiative, which gives member states the right to ask for emergency loans to tackle any sudden disruption to the economy.

The US administration has claimed that Iran does not require financial support despite the health emergency, and alleged that the loan funds would be misused for “financing terrorism across the region”. The US alleges that Iran provides financial support to the Syrian regime and funds organizations such as Hezbollah in Lebanon and the Houthis in Yemen. Iran has denied these allegations.

The US imposed unilateral economic sanctions against Iran after its withdrawal from the Joint Comprehensive Plan of Action (JCPOA) or the Iran nuclear deal in November 2018, calling it a “maximum pressure” campaign to force Iran to renegotiate the deal. The sanctions have prevented Iran from getting crucial medical supplies required to contain the spread of the pandemic.

Last month, the US refused UN calls for lifting sanctions against Iran. Instead, in move that Iranian foreign minister Javad Zarif called “economic terrorism”, the US imposed fresh sanctions.

Meanwhile, the lockdown imposed in Iran due to the COVID-19 outbreak has further intensified economic problems in the country. Falling global energy demand and the consequent dip in international oil prices has also exacerbated the situation.

Being an IMF member, Iran has the right to avail an emergency loan. However, with the US holding the highest shares in the IMF with over 17% weightage, it can veto any such proposal with the help of its allies. Usually, such loan decisions are not voted upon. Nevertheless, hostility expressed by the US can play a major role in the final decision.

Last month, the IMF had denied a similar loan application filed by Venezuela, citing the so-called leadership dispute in the country as the reason for denial. The Trump administration recognizes opposition leader Juan Guiado as the president of Venezuela. However, as author Vijay Prashad has pointed out, the IMF’s own website indicates that it considers Nicolas Maduro’s government as legitimate.

On April 8, Iranian president Hassan Rouhani tweeted, “I want to remind the international community of their duties in this pandemic crisis. We are a member of the International Monetary Fund (#IMF) and World Bank. It is unacceptable to discriminate between different nations, both for us and the global public opinion. #COVID19.”

In another development, the US attempted to confiscate over USD 6 billion worth of Iranian money deposited in Clearstream in Luxembourg in utter disregard of humanitarian concerns and international law, Iranian Press TV reported. The attempt, however, failed after a court denied the American appeal to use the funds to compensate the victims of September 11, 2001 terrorist attacks.