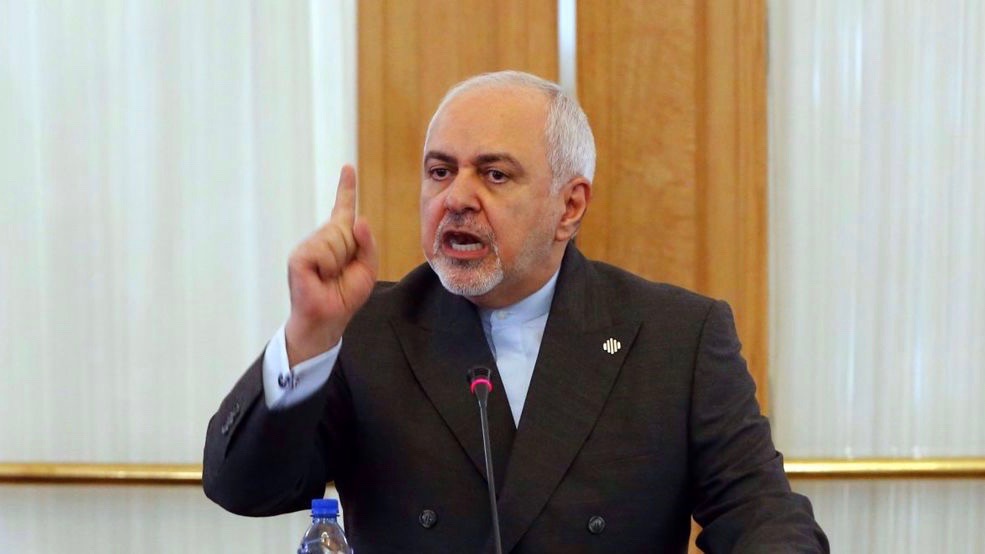 Refuting US claims that Iran has enough enriched uranium to develop nuclear weapons within weeks, Iranian foreign minister Javad Zarif called all such “expression of concerns” an exercise to create hostile public opinion and far away from reality. He underlined that Iran “does not seek to build nuclear weapons,” adding that Iran could have built nuclear weapons a long time ago if it wanted. Zarif ‘s statements came on February 1, Monday in a Skype interview with Christiane Amanpour on the American news channel CNN.

Zarif emphasized that nuclear weapons are against the ideology of the Islamic Republic of Iran and they were never considered to be necessary for Iranian security.

However, he also warned that Iran cannot wait for an unlimited period for the Joe Biden administration in the US to decide to rejoin the Joint Comprehensive Plan of Action (JCPOA) or the Iran nuclear deal.

“Don’t try to take advantage of failed policies of Trump”

Zarif also warned against any move to “take advantage of the failed policies of the Trump administration” against Iran. This may be linked to comments made by US secretary of state Antony Blinken on January 28, who said that he would try to work for a “longer and stronger agreement” that would also deal with other “deeply problematic” issues such as Iran’s regional policies.

Blinken had said during his confirmation hearings that the economic distress caused by the US sanctions imposed against Iran since the US withdrawal from the nuclear deal in 2018 could be used to pressure Iran to extend the scope of the deal.

Zarif pointed out that the deal was made on the common issues of agreement and disagreement at the time. He noted that since the US and its allies did not agree to curb their regional policies which are threatening regional stability, there was no reason for Iran to restrict its own policies. He highlighted that the US is not ready to stop its billions of dollars worth weapons sales to the Middle East region, including to Saudi Arabia and its allies, and is also not willing to stop the war in Yemen or other interventions in the region. Zarif claimed that Iran has conceded enough ground in the JCPOA, and if the US wants to talk about Iran’s regional policies, it should be prepared to stop the sale of arms to the region and end the war in Yemen.

Joint Commission under JCPOA can mediate

Replying to a question about resolving the stand-off between the US and Iran, Zarif said that a joint commission mechanism under the JCPOA already exists, which can mediate between Iran and the US and devise a process for the US to rejoin the deal. He added that the European Union’s high representative for foreign affairs, Josep Borrell, can “coordinate” and “choreograph” the actions needed on both sides.

The Iranian parliament had passed a law post the assassination of nuclear scientist Mohsen Fakhrizadeh in November, asking the government to lower its commitments to the nuclear deal and reduce the number of International Atomic Energy Agency (IAEA) inspectors in the country and restrict their movements.

Iran as a signatory of the Nuclear Non-Proliferation Treaty (NPT) and under the JCPOA allows inspectors of the IAEA to conduct physical inspections of its nuclear facilities.