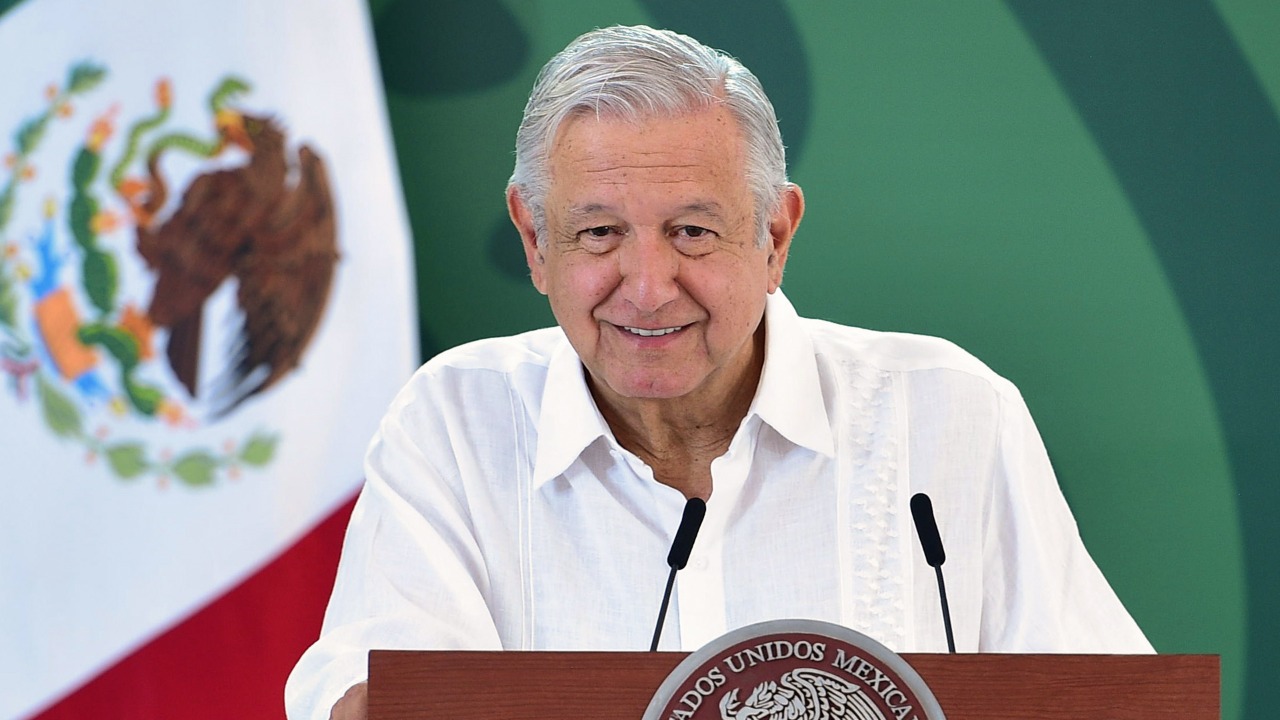 Mexican President Andrés Manuel López Obrador, on August 5, confirmed that his country will host talks between the Venezuelan government and the opposition. Photo: Office of President

Mexican President Andrés Manuel López Obrador (AMLO), on August 5 during his daily press conference, confirmed that his country will host talks between the Venezuelan government of President Nicolás Maduro and the far-right opposition led by Juan Guaidó.

“The foreign minister has just informed me that Norway suggests making Mexico a venue of these negotiations and we agree, as we support the dialogue and agreements between the sides,” said President AMLO in reply to a question asked in this regard.

The Mexican head of state did not specify the date of the meeting, however, according to information from various Venezuelan media outlets, it is anticipated that the meeting could be held between August 13 and 15 in Mexico’s capital Mexico City.

In May, the US backed opposition leader, Guaidó, expressed his interest in resuming the negotiations with the socialist government with the mediation of the international community. The same month, President Maduro also reiterated his willingness to negotiate with the opposition. The meeting could provide for a gradual lifting of the US sanctions against Venezuela and its leaders on reaching an agreement on the conditions for holding new elections at all levels in the country.

Guaidó emphasized that the negotiations should focus on reaching an electoral schedule that includes future presidential and legislative elections and not just for the upcoming subnational this year. Meanwhile, President Maduro stressed that the agenda of the meeting must include the lifting of numerous unilateral coercive measures imposed by the US, which have plunged the country into a severe economic crisis.

The meeting is crucial for both sides. The Bolivarian government, which is facing additional challenges amid the COVID-19 pandemic due to the US blockade, is hoping the dialogues can encourage the easing of commercial, economic and financial sanctions. On the other hand, for Guaidó, who has lost influence nationally and recognition internationally, this is his last bid to regain the position of a strong opposition leader. It is also significant for the people of Venezuela, who are the most impacted by the US-imposed sanctions regime which has greatly impacted their ability to access basic, everyday items such as food, medicine, and fuel.

This meeting will be the third negotiation meeting in the past five years. Both the meeting held in the beginning of 2018 in Santo Domingo, Dominican Republic, and the one held at the end of 2019 in Barbados, ended without an agreement.

For the past five years, the US-backed far-right opposition forces have been boycotting the elections in the country. The imperialist forces such as the European Union and the regional allies of the US in Latin America have also stopped recognizing the results of the elections, in which the Chavista forces are being elected with overwhelming majority.

Nevertheless, the Chavista government has been strengthening democracy in the country by increasing public participation at all levels. In the last year’s parliamentary elections, Maduro’s administration convinced the majority of opposition parties to resolve political differences democratically in the polls, and as a result several parties, except those supporting Guaidó, took part in the legislative elections and recognized the results.

This Sunday, on August 8, the ruling United Socialist Party of Venezuela (PSUV) will hold primary elections to define its candidates for governors and mayors for the upcoming regional and municipal elections scheduled for November 21. Any Venezuelan citizen, whether or not a PSUV member, will be able to vote in the primaries at 5,108 polling stations installed across the country.

According to the list of pre-candidates published on the PSUV’s website, over 21,150 socialist candidates are competing for different public offices. The electoral process will be automated and will receive technical support from the National Electoral Council (CNE).

President Maduro has called on the citizens to go to their respective centers to participate in the elections, stressing that “it is the genuine expression of Bolivarianism and the path set by Commander Hugo Chávez.”