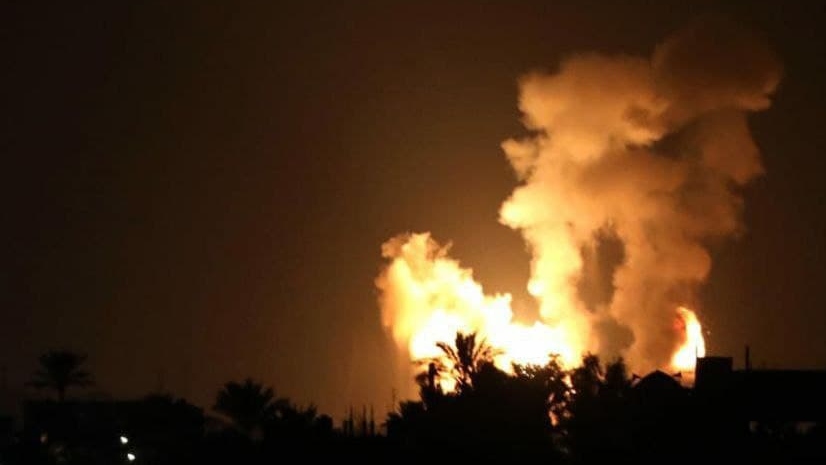 Continuing to violate the May ceasefire agreement, Israel carried out yet another airstrike on the besieged Palestinian territory of Gaza on Monday, August 23. The Israeli military claimed that the strike was in response to incendiary balloons fired by Hamas in southern Israel, which caused fires in the fields.

There were no immediate reports of any casualties. In a statement on Tuesday, Israeli Defence Forces (IDF) claimed that the airstrike targeted a Hamas weapons factory in Khan Younis and a tunnel in Jabaliya. Several of these missiles struck open fields inside the occupied territories.

Hamas and other Palestinian resistance groups in Gaza claimed that incendiary balloons do not violate the ceasefire agreement with Israel. The balloons are launched to pressure Israel to lift its more than a decade-old blockade of the territory. Condemning the multiple airstrikes carried out by Israel, Hamas official Ismail Radwan asserted that “the bombing will only increase our determination to reclaim our rights,” Times of Israel reported.

Israel has increased its assaults on Gaza recently. On Saturday, August 21, the Israeli forces opened fire at Palestinians at its borders, with Gaza injuring at least 41. The Palestinians were staging protests on the 52nd anniversary of the arson attack on Al-Aqsa mosque in 1969. The injured included children with critical wounds. Israel later carried out airstrikes inside the territory on the same day.

Not a day goes by without Israel dropping bombs on Gaza or Syria in unprovoked attacks, terrorizing Palestinian, Syrian and Lebanese people.

And as usual, the world looks away.

On Monday, some Palestinian groups in Gaza announced that they will stage a massive rally in the southern Gaza Strip near the Israeli border on Wednesday against occupation and to demand an end to the blockade.

Gaza is under comprehensive land, sea, and air blockade imposed by Israel since 2006 following the electoral victory of Hamas in the Palestinian elections. Israel has converted Gaza into what the UN calls the world’s largest open-air prison. The Israeli blockade and occasional airstrikes have killed a large number of the residents and destroyed civilian infrastructure, forcing the majority of its two million residents to live in poverty. Israel’s 11-day offensive in May this year killed at least 250 Palestinians and injured around 2,000, apart from causing fresh destruction of civilian infrastructure. The UN is investigating if war crimes were committed by Israel during those attacks. The International Criminal Court (ICC) is also investigating the 2014 Israeli offensive on Gaza.