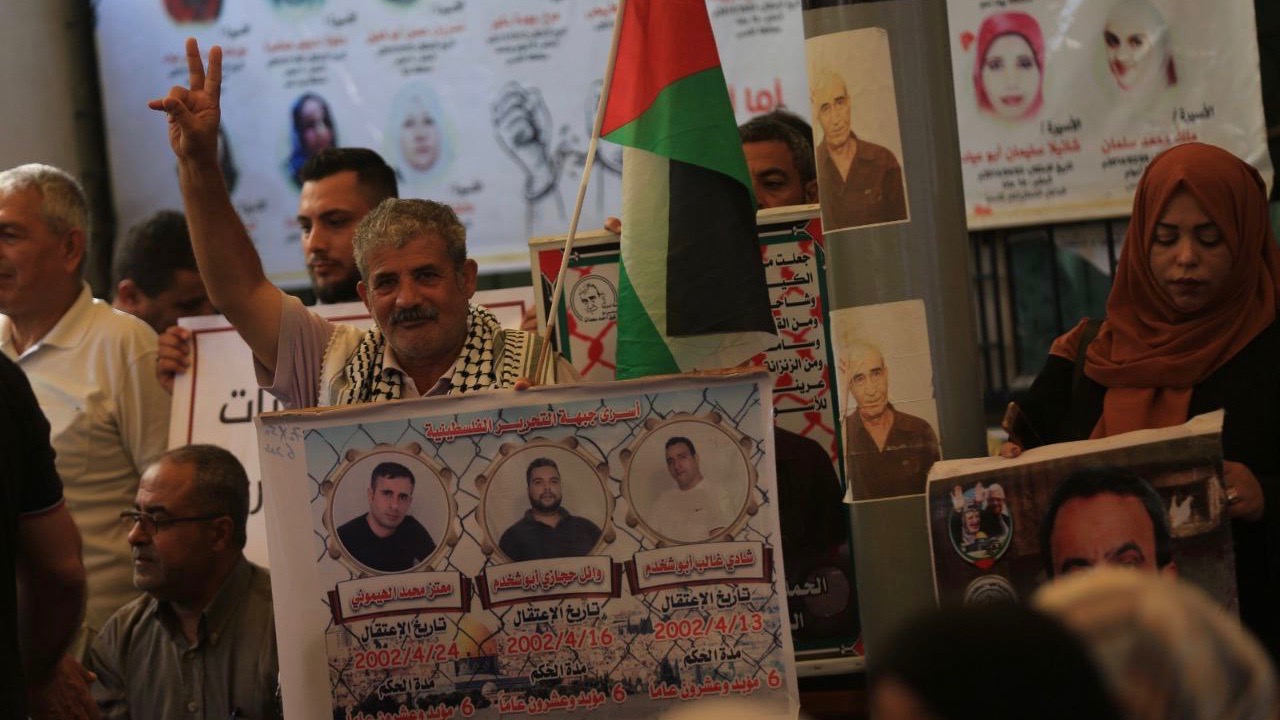 Palestinian detainees and prisoners suspended their collective hunger strike against Israel’s arbitrary and unlawful policy of administrative detention on October 13. 30 detainees had initially launched the protest action on September 25, and were later joined by 20 others in an act of solidarity on October 9. The detainees have emphasized that the struggle will continue.

“Our choice is continuous confrontation and resistance against arbitrary detention,” they declared in a statement.  “While the occupier’s main goal is to subjugate and control our people, and to erase their historical narrative and national identity, our battle against administrative detention is a continuous confrontation that includes all our people in Palestine and in the diaspora, all the way to making the issue of administrative detention into one of the Palestinian priorities in the face of the Zionist colonial project.”

Israel routinely, and almost exclusively, deploys administrative detention to target Palestinians, holding them indefinitely without charge or trial based on “secret evidence.” As of September 2022, an estimated 800 Palestinians were being detained in occupation prisons.

According to human rights organization Addameer, the hunger strike was suspended after the detainees reached an agreement with the Israeli occupation authorities “to prioritize administrative detention in their dialogue with the representatives of the Palestinian Prisoners’ Movement” inside the prisons.

The Israeli occupation has reportedly also agreed to release sick and elderly administrative detainees, including women and children, within the next two months. The agreement also includes the tabling of a discussion on a maximum period for detention renewal orders and an end to the “routine targeting” of Palestinian detainees and prisoners with repeated arbitrary arrests and administrative detention.

Around 60 Palestinian detainees undertook individual hunger strikes in 2021. According to Addameer, the numbers in 2022 are even higher, a phenomenon which is in “direct response to the Israeli occupation authorities’ ever-rising use of their administrative detention scheme to collectively punish Palestinians, and specifically target at-risk groups.” These include children, the elderly, and former prisoners. More than 80% of the detainees who were a part of the collective hunger strike were former prisoners.

Israel consistently re-arrests released detainees. Detainees have described forms of cruel psychological warfare such as experiences of having received their release orders but arriving at the final checkpoint only to be notified that their detention had been renewed.

While the hunger strike has been halted, the detainees stated that “The second episode of our struggle is our commitment to boycotting Zionist courts at all levels, which is the cornerstone of confronting racist administrative detention.”

“We will make all efforts to transform our boycott of the courts into a position for all administrative detainees, and a position that includes the national and Islamic forces, human rights institutions, the bar association, and lawyers in 1948 occupied Palestine, to prevent the occupation from whitewashing the policy of administrative detention, and at the same time examining the possibility of raising this before international courts,” they added.

The boycott will encompass Israeli military procedures relating to administrative detention confirmation hearings and appeals. Palestinian administrative detainees had initiated a mass comprehensive boycott in January, but it was suspended in June after certain agreements were secured.

Detainees have refused to participate in court procedures and hearings, and have also instructed their legal counsel to not attend or participate in any proceedings on their behalf. They have also stated that they will be announcing further steps for a “continuous program of struggle,” vowing to keep fighting “until this policy is halted and the occupation is uprooted from our land and our lives.”

At the end of their statement, the detainees expressed their solidarity with “our besieged people in Shuafat camp and the city of Nablus, who are waging the most wonderful epics of heroism, challenge, and redemption confronting the hateful Zionist war machine.”

On October 8, an Israeli soldier was killed in a shooting at the main checkpoint into the Shuafat refugee camp. The occupation forces proceeded to besiege the camp, trapping 140,000 Palestinians and cutting them off from essential supplies and resources. In solidarity with the camp, Palestinians across occupied East Jerusalem fiercely confronted Israeli forces, including in Silwan, A-Tur, Beit Hanina, Sur Baher, and Isawiyah.

18 Palestinians were arrested overnight between October 12 and 13.

On October 13, Israeli settlers attacked the neighborhood of Sheikh Jarrah, shouting “death to Arabs.” Among them was Israeli politician Itamar Ben-Gvir, who took out a gun and instructed settlers to shoot Palestinians if they threw stones.

Armed Israeli settlers, protected by the Israeli occupation forces, have also carried out attacks in the occupied West Bank, including in the town of Huwarra, south of Nablus.

Today: Israeli settlers backed by Israeli colonial forces attack Palestinian cars and shops in Huwwara village, near Nablus. Since Tuesday, there has been an Israeli military closure on Nablus, after one Israeli soldier was killed.

The roads in and out of Nablus were closed by the occupation forces after another Israeli soldier was killed on October 11. The city, as well as Jenin, have been targets of almost daily raids by the Israeli forces amid a strengthening Palestinian armed resistance. The attack on October 11 was claimed by Lion’s Den, an armed group in Nablus.

Israeli forces deployed live fire during another raid in Jenin early on October 14, and shot and killed two Palestinians. One of them was 20-year-old Mateen Dabaya, who was identified as a local commander of the Jenin Brigades armed resistance group.

The second person killed was a doctor, identified as 43-year-old Abdullah Abu al-Teen. He was shot in the head outside the Jenin public hospital while trying to tend to casualties. 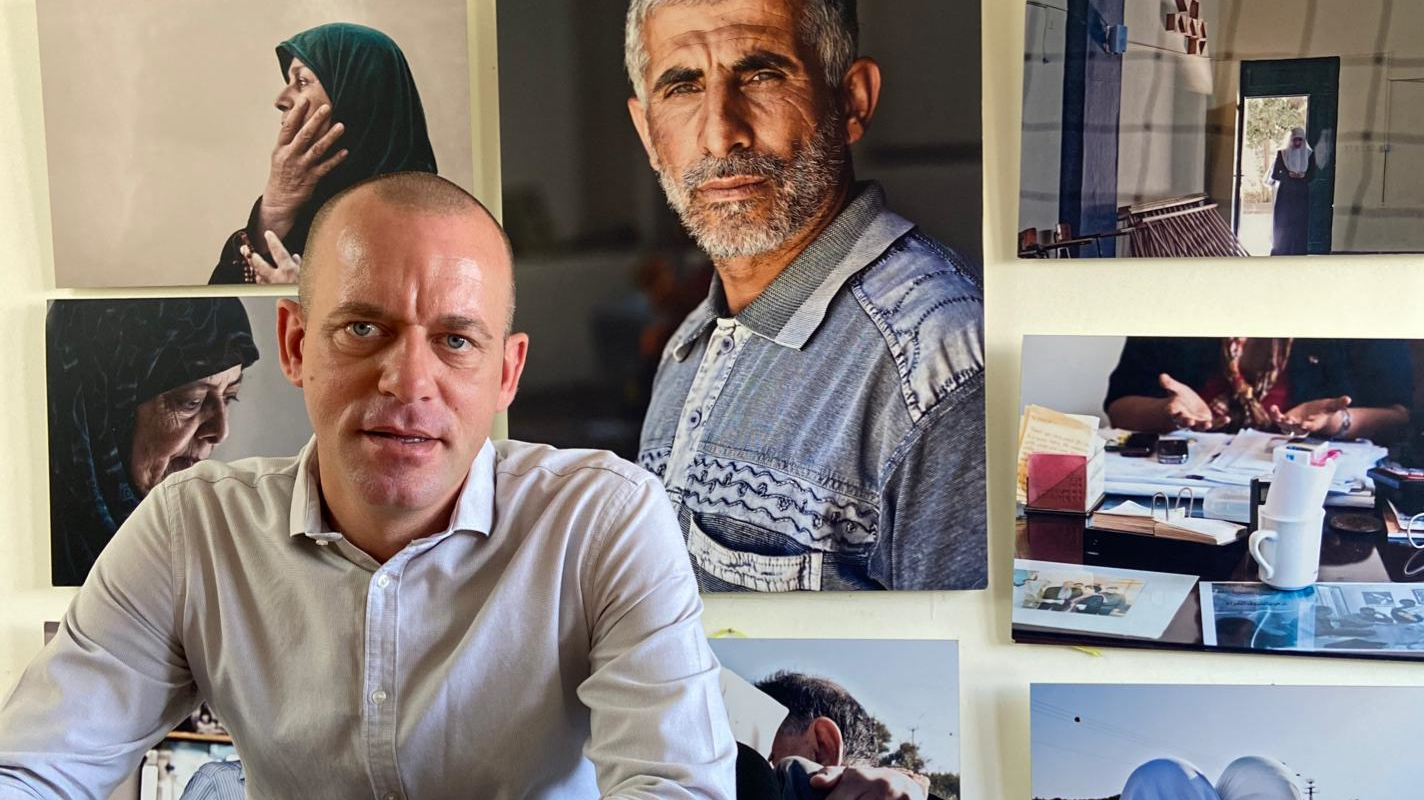