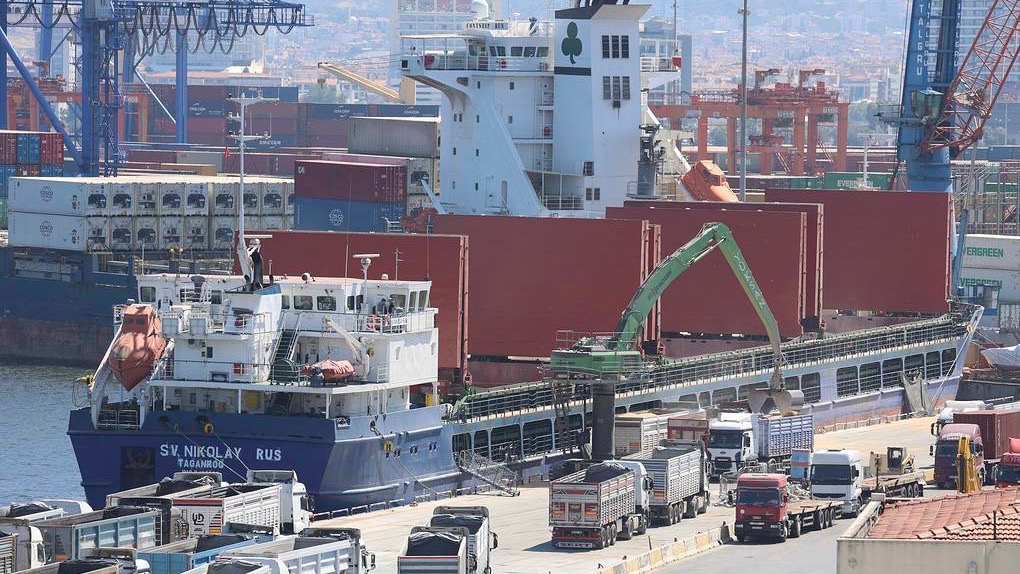 Accusing Ukraine and its Western allies of using the humanitarian corridor to launch attacks in Crimea, Russia announced suspension of its participation in the UN-mediated grain deal on Saturday, October 29.

Russia’s permanent representative at the UN Vasily Nebenzya claimed in a letter to UN Secretary General António Guterres that “the attack was shielded by a safety corridor designated for implementation of the so-called ‘Black Sea Initiative,’” and announced that “starting as of today, the Russian side suspended the initiative for an indefinite term.”

Russia claimed on Saturday that its port of Sevastopol was attacked by 16 drones – nine drones and seven marine autonomous vehicles – launched from Ukraine. Russia also claimed that the ships under attack were responsible for being involved in securing the grain ships.

Following the attack, Russia announced suspension of its participation in the UN-sponsored deal, “taking into account the act of terrorism committed by the Kiev regime with the participation of British specialists.”

The grain deal was signed in July under the mediation of Turkey and the UN with the objective of helping countries in Asia and Africa deal with the food crisis caused by the stoppage of grain exports from Russia and Ukraine, two major suppliers in the world, following the start of the war in February.

The agreement was a result of the UN Secretary General’s repeated appeals in May to “act together, urgently with solidarity” to resolve the growing global food crisis.

As per the agreement, Russia had agreed not to launch attacks in the areas where Ukrainian grain ships are moving, with Turkey ensuring that they are not used for weapons smuggling. The deal specified three Ukrainian ports, Odessa, Chornomorsk and Yuzhne, from where wheat exports were allowed.

The deal also talked about lifting sanctions on Russia’s wheat and fertilizer exports, given their importance for global food security. Russia is the world’s largest exporter of wheat.

However, Russian Foreign Minister Sergei Lavrov accused the West of not fulfilling its pledge to facilitate Russian grain exports.

As of October, around nine million tonnes of grain was exported under the deal. However, Russian President Vladimir Putin claimed in the beginning of September that “almost all the grain exported from Ukraine is sent not to the poorest developing countries, but to EU countries.”

Russian apprehensions and claims about the purpose of the grain exports, as well as the non-action on the sanctions against it, had already raised questions about the future of the deal, which was due for renewal on November 19.

Reacting to Russia’s decision on Saturday, Ukrainian President Volodymyr Zelensky in a video address called it a premeditated move and an attempt to cause a large-scale “artificial famine” in Africa and Asia, and asked for Russia’s removal from the G20.

Russian ambassador to the US Anatoly Antonov on Sunday called such allegations made by Ukraine and its Western allies, the EU and the US, an “insinuation.”

Antonov claimed against the original motive of supporting poorer nations in Africa, “a good half of all dry cargo carriers went to developed countries” and “Somalia, Ethiopia, Yemen, Sudan and Afghanistan received only about 3% of agricultural products,” RT reported.

The Turkish Defense Ministry announced that Turkey is in talks with Russia and Ukraine to revive the deal, and that until the issues are resolved, “no ships with food will leave Ukrainian ports.”