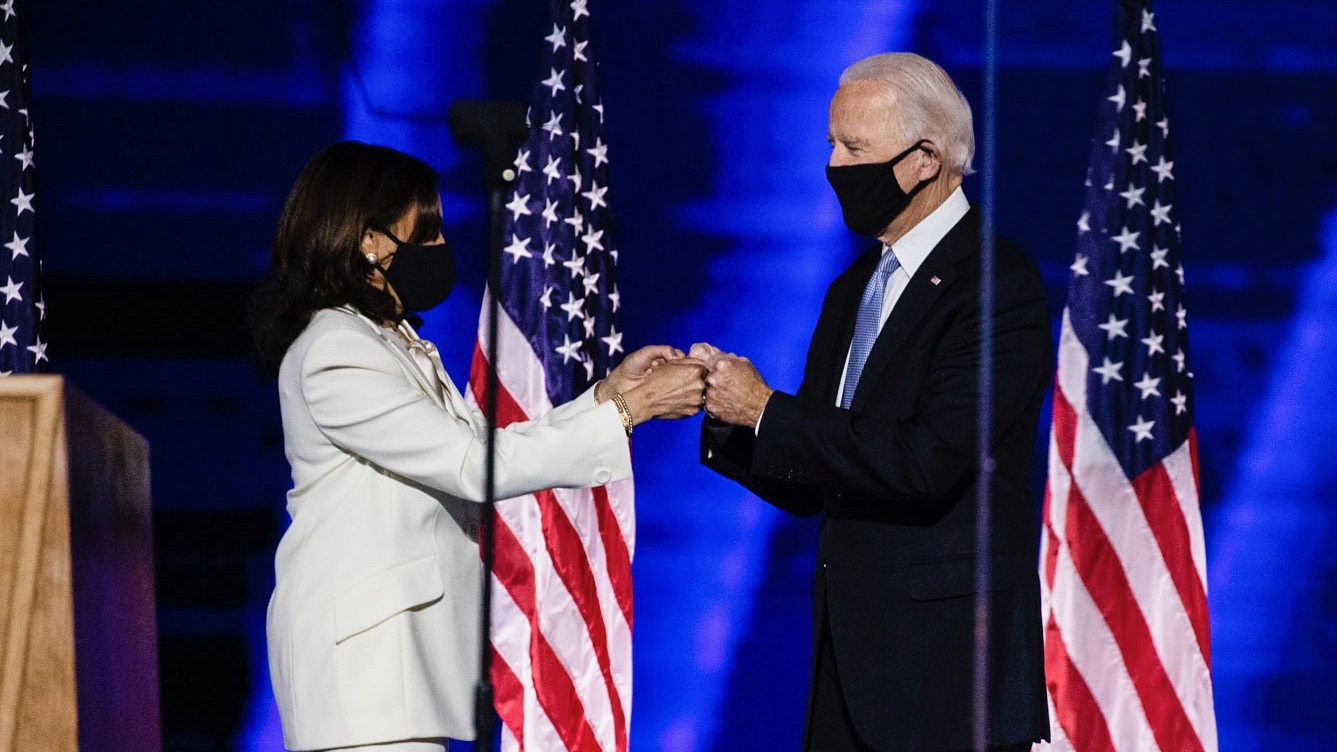 The Biden-Harris administration seems determined on rebuilding economic and military alliances that Trump's clumsy, irrational personality put in danger, far from a departure from the imperialist tradition of the US. Photo: Twitter

Much will certainly change in the world of US foreign policy when Joe Biden enters the White House. There will be a more measured tone, and less reliance upon Twitter to announce US policy. Trump is brusque, as illustrated by the way he shoved aside Montenegro’s Prime Minister Dusko Markovic at the 2017 NATO meeting; Biden might not push and shove his way to the front of the group, but his silvery smile will camouflage as ruthless a set of aims. On foreign policy, Biden will appear to be different from Trump, but the broad outlines of their policy will be identical.

Was Trump an isolationist? Not really, though it’s easy to see how he got this reputation, at first glance of his foreign policy.

He had an aggressive posture against Cuba, Iran, and Venezuela, with his illegal sanctions policy against these countries. He demonstrated total fealty to the Israeli project to annihilate Palestine. His “trade war” against China is sold as a way to rebuild the US economy, but it is also about maintaining US power; for what other purpose could instruments such as the Millennium Challenge Corporation and América Crece be used when they have been designed to advantage US companies around the world?

Why Biden Is Not a Multilateralist

The liberal media portrays Biden as a multilateralist—but the evidence for this speculation on the president-elect’s foreign policy is problematic, to say the least.

Biden wants to rebuild the Western military alliance system that Trump has eroded. An indication of Biden’s enthusiasm was an early phone call to French President Emmanuel Macron, to suggest that the United States is back as a player in Europe. This is not an advance toward a multilateral world order, but rather a return to the old alliance system where the United States (with its Canadian and European allies) attempts to dominate the world system by the use of its military, diplomatic, and economic power.

Further evidence offered for Biden’s multilateralism is his commitment to return the United States to the 2015 Joint Comprehensive Plan of Action (or the Iran deal) and the 2016 Paris Agreement.

Why does Biden wish to return the United States to its commitments toward Iran? Obama entered this deal because the Europeans were desperate for a source of energy after the United States and France destroyed access to Libyan oil in NATO’s 2011 war and hurt access to Russian natural gas because of the Ukraine conflict in 2014. Obama agreed to the Iran deal because the Europeans were desperate, not to line up with the demands of international law; Biden will give the Europeans this gift, welcomed by the Iranian people, in order to cement the Western alliance system. Meanwhile, Biden continues to talk about suffocating the Iranian people.

On climate, during the negotiations that resulted in the Paris deal during Obama’s presidency, the United States watered down the text of the agreement, preventing a truly multilateral deal that would have accepted Western responsibility for a century of fossil fuel use. Again, there is no major commitment to save the planet in Biden’s pledge to return to the Paris Agreement; the main agenda is to strengthen and subordinate the European countries to the US-led alliance system.

Primacy Remains the US Goal

The US State Department’s Policy Planning Staff wrote in the early years of the Cold War, “To seek less than preponderant power would be to opt for defeat. Preponderant power must be the object of US policy.” This desire for primacy remains the explicit US policy. Trump, in his four years as president, did not depart from this policy. Nor has Biden in his five decades in public office. They might differ in their tone or in their strategy, but not in the pursuit of this goal. Biden’s adviser Charles Kupchan has written a new book called Isolationism, which offers a clichéd view of US foreign policy, and then concludes, “[T]he United States must reclaim its exceptionalist mantle”; this means that the United States must continue to seek primacy.

This goal of primacy has made it difficult for the US elites to come to terms with the fact of the slow attrition of US power since the illegal war on Iraq (2003) and the credit crisis (2007). Failure to acknowledge that the world will no longer tolerate one single superpower has led the United States to impose a warlike situation against China. This begins with Obama’s “pivot” to Asia in 2015, and intensifies with Trump’s “trade war.”

Since 2015, not one US Silicon Valley CEO has made a robust statement for comity between the United States and China. Apple’s Tim Cook held a meeting with Trump in August 2019 merely to allow Apple to better compete with Samsung, which was not hit by the US tariffs. There was no broad statement about Trump’s “trade war,” with which Cook seemed quite pleased.

Silicon Valley firms know that on certain technological developments—such as 5G, robotics, GPS, and soon microchips—Chinese firms have clearly produced next-generation technologies, and in many cases have leapfrogged over their US counterparts. Silicon Valley companies are quite happy for the US government to put the entire weight of the state against Chinese firms. This includes using the security apparatus to accuse Huawei of being involved in Chinese government espionage. It is a curiosity that none of the Silicon Valley firms worry about privacy per se, because—according to the Edward Snowden revelations—the National Security Agency uses the PRISM program to collect data freely from Silicon Valley internet firms; but the US uses the privacy and espionage arguments to try to hurt Chinese tech firms and protect the intellectual property and market advantages of Silicon Valley. Since this is the real cause of the trade war, there is every likelihood—and Biden has said so—that a Biden administration would continue to prosecute the trade war.

In 2013, the Chinese government set up the One Belt, One Road (now Belt and Road Initiative, or BRI) to extend its commercial links across the world. The Obama administration responded in 2015 with the Trans-Pacific Partnership (TPP), a platform to break China’s commercial ties along the Pacific Rim. Trump jettisoned the TPP and went for a more direct trade war. To counter the trillions of dollars that China will mobilize for the BRI, the United States used the Millennium Challenge Corporation (set up in 2004) and América Crece (2019) to funnel billions of dollars to countries in Africa, Asia, and Latin America. All of this is a desperate attempt to undermine China and maintain US primacy.

The United States is not yet prepared to acknowledge the changed world situation. This will take time. Short of that, it is important for people to speak up against an escalation of hostilities.