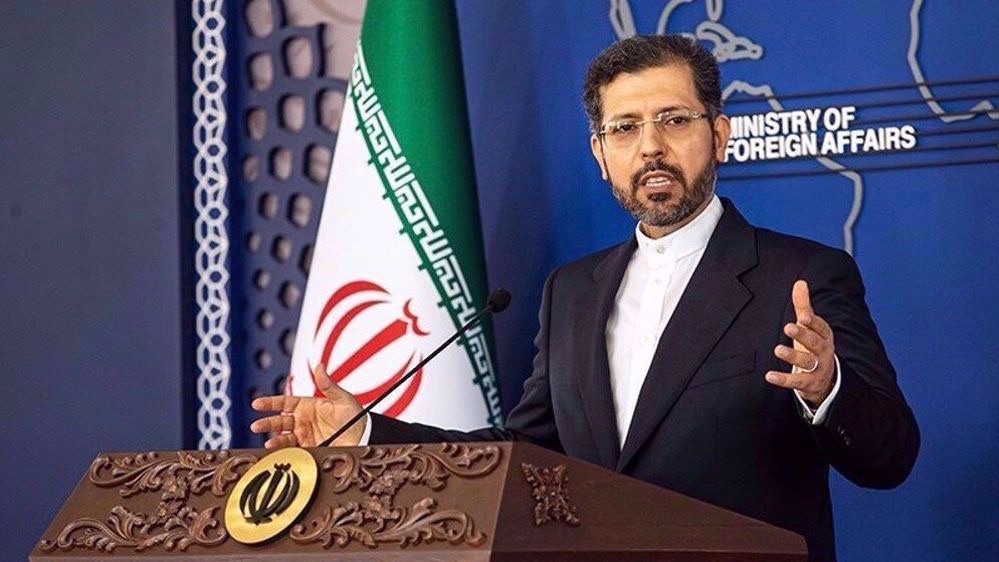 The US treasury department announced fresh sanctions on Iran on Tuesday, December 7. The move invited a sharp reaction from Iran which asserted that such moves will undermine the ongoing talks in Vienna to revive the Joint Comprehensive Plan of Action (JCPOA) or the Iran nuclear deal.

The US treasury department issued a press release on Tuesday identifying the entities and individuals sanctioned. Altogether, 15 different entities and individuals from Uganda, Syria and Iran were sanctioned. The press release stated that the move is “part of the whole of government commitment to democracy” and towards “promoting accountability.” The sanctions list includes the Special Units of Iran’s Law Enforcement Forces (LEF Special Unit), Iran’s Counter Terror Special Forces (NOPO), Iranian prisons in Zahedan and Isfahan, and eight state officials for allegedly indulging in “right abuses.”

Reacting to the announcement, Iranian foreign ministry spokesperson Saeed Khatibzadeh tweeted that “doubling down on sanctions won’t create leverage.” In the context of the ongoing talks in Vienna where both Iran and the US are indirectly involved in finding ways to revive the nuclear deal and lift existing US sanctions, fresh imposition of sanctions “is anything but seriousness and goodwill,” Khatibzadeh asserted.

Even amid #ViennaTalks, US cannot stop imposing sanctions against Iran.

Washington fails to understand that 'maximum failure' & a diplomatic breakthrough are mutually exclusive.

Doubling down on sanctions won't create leverage—and is anything but seriousness & goodwill.

The announcement of fresh sanctions was also criticized by the remaining signatories of the JCPOA. Russian representative at Vienna Mikhail Ulyanov in a Twitter post called the fresh US sanctions a bad move.

Even amid #ViennaTalks the #US continued to introduce new #sanctions while #Iran continued to develop its nuclear programme. Not good. It is high time to stop it in order to create better environment for speedy and successful restoration of #JCPOA.

The seventh round of talks between the parties concluded in Vienna last week with Iran presenting two proposals to the remaining signatories of the JCPOA. The two proposals were presented by Iran’s chief negotiator Ali Bagheri Kani. The proposals mention “lifting of sanctions” imposed on Iran by the Donald Trump administration post its unilateral withdrawal from the JCPOA in May 2018 and “Iran’s nuclear actions” taken as a counter to those sanctions.

Kani was also quoted saying that once these two proposals are accepted, Iran will put a third proposal related to necessary guarantees to revive the deal given the trust deficit between the US and Iran. Iranian officials have argued that Iran needs guarantees that future US administrations will not withdraw from the deal once it is revived. Given Biden’s reluctance to remove the sanctions, Iranians have accused him of continuing with Trump-era policies.

Reacting to the news of the fresh sanctions, Seyed Mohammad Marandi, a professor at University of Tehran, tweeted that the move proves that Iranian suspicions about Biden’s intentions are true.

Biden will simply remove one sanction, rename it & then reimposed it pic.twitter.com/IbqNye0MZA

The JCPOA was signed in 2015 by the US and Iran along with France, the UK, Germany, Russia and China. Following the deal, Iran accepted increased international surveillance and control over its nuclear program in return for lifting of all international sanctions against it. The sanctions were lifted following the passing of the UN security council resolution 2231 in July 2015. However, after assuming office in 2017 and under strong Israeli lobbying, Donald Trump called the JCPOA “the worst deal over” and unilaterally withdrew from it, imposing various economic and political sanctions on Iran under his so-called “maximum pressure campaign.”

After failing to convince the rest of the European signatories to take actions to mitigate the effects of the US sanctions for a year, Iran started scaling back its commitments under the deal in 2019. After Joe Biden took office this year, the remaining signatories initiated talks to revive the deal in Vienna.